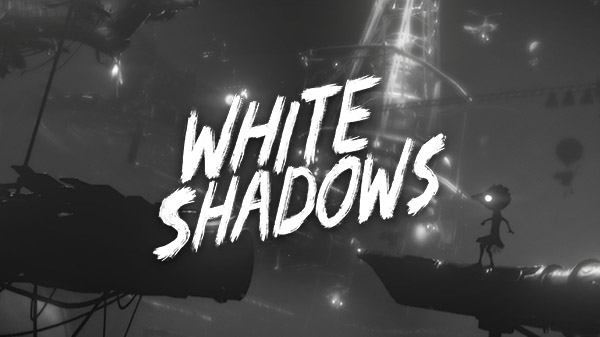 Publisher Headup Games and developer Monokel have announced black-and-white platformer White Shadows for PlayStation 5, Xbox Series X, and PC (Steam). It will launch in the first half of 2021.

White Shadows is a modern fable, a distorted mirror of our own world, funny, fucked up, and a little meaningful.

Some time ago, the great war led to a plague which wiped almost all living things from the face of the earth. Or so they say. Nobody is safe outside the White City, and the birds are to blame for the plague. Or so they say. Only a shining coat of fresh white color will protect you from the plague, and you must earn your ration of color by staying obedient. Or so they say. But Ravengirl stopped listening.

Her escape pushes you deeper and deeper into ever more surreal parts of the city—slums constructed out of the remains of a circus, giant workers’ quarters which travel through the endless night, a perverted amusement park where white color flows endlessly, a forgotten place where the other outlaws gather around a tree made of tin.

On your journey into the darkness you will become the main attraction of the half-human, half-animal inhabitants of the city. You will catch up with your own past and become a victim, a perpetrator, a prophet. You will find the resistance hidden deep in the belly of the city and learn about the horrible truth of the white color and the world outside the city. Or will you?

visit gallery »
Gamedec coming to Switch in 2021 Previous post
'Soulslike Metroidvania' GRIME coming to PC, other platforms in 2021 Next post