A game about three aliens and their adventure across Earth. 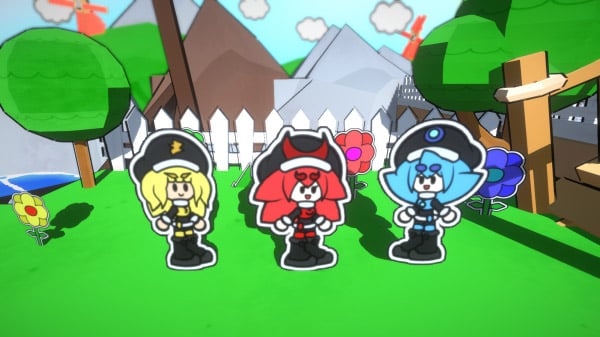 Publisher Top Hat Studios and developer Nathan Burton have announced Hyper Team Recon, a 3D platformer about three aliens and their adventure across Earth. It will launch for PlayStation 5, Xbox Series X, PlayStation 4, Xbox One, Switch, PC via Steam, and more in 2022.

Hyper Team Recon is an adorable 3D platformer about three aliens and their adventure across Earth!

Three energetic aliens—Ember, Penny, and Lite—are tasked by their commander to travel to Earth in order to learn more about the lifeforms inhabiting the planet, using their species unique morphing abilities to disguise themselves as girls in order to keep a low profile, but after the trio get split up and stranded on Earth after their ship crashes, they will each have to traverse through a variety of levels and locations full of platforming, puzzles and combat!

On their journey, each of the girls will make friends with the people and creatures they find on Earth that they can trust, who will be happy to tag along and help the girls re-unite, fix their ship, and complete their mission, as well as let them copy their forms to gain new abilities along the way!

However, there will also be some people who won’t be as hospitable for their alien guests, and will do everything they can to stop the trio! But that won’t stop them from simply morphing into these enemies and using their own moves against them in combat!

Jump, solve, and fight your way across Earth, morph into a wide variety of different forms, people and creatures, gain access to new abilities, re-unite the girls and complete the mission!