Yakuza: Like a Dragon adds PS5 version, launches for PS4, Xbox One, and PC in November in the west 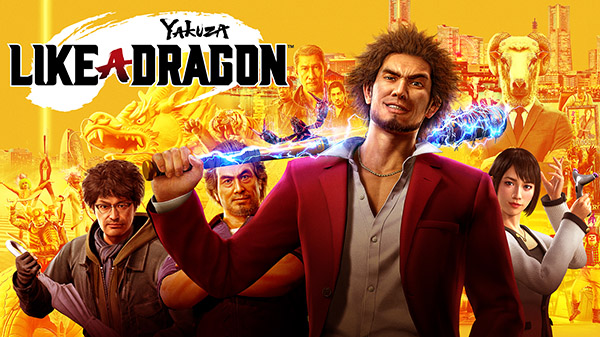 Yakuza: Like a Dragon will launch for PlayStation 5 in the west in addition to its previously announced Xbox Series X, PlayStation 4, Xbox One, and PC versions, Sega announced. 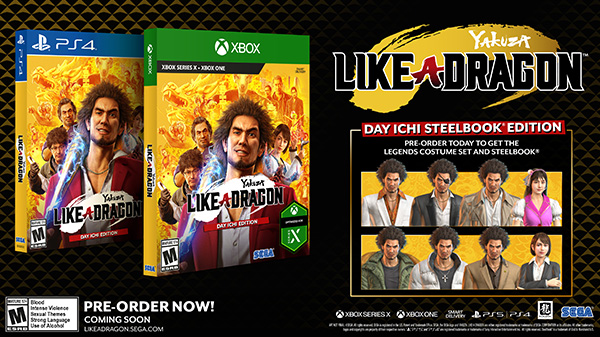 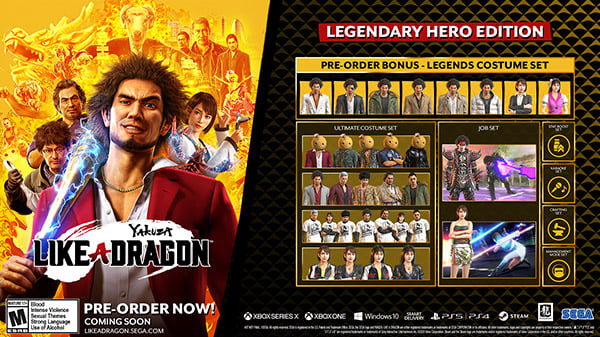 The Xbox versions will support “Smart Delivery,” ensuring consumers will only need to purchase the game once to play it on either Xbox One or Xbox Series X when both the console and that version of the game are available.

A PlayStation 5 upgrade path is also being planned and will be announced at a later date.

The previously announced “Day One Edition” of Yakuza: Like a Dragon will be officially titled the “Day Ichi Edition.” (“Ichi” means “one” in Japanese, and is also a nickname for protagonist Ichiban Kasuga—whose first name means “No. 1.”) It is joined “Hero” and “Legendary Hero” editions, which are available for pre-order on digital storefronts starting today. Here is an overview of each edition:

Sega also announced the English voice cast of Yakuza: Like a Dragon, which includes: