Team up and form clans or battle each other online. 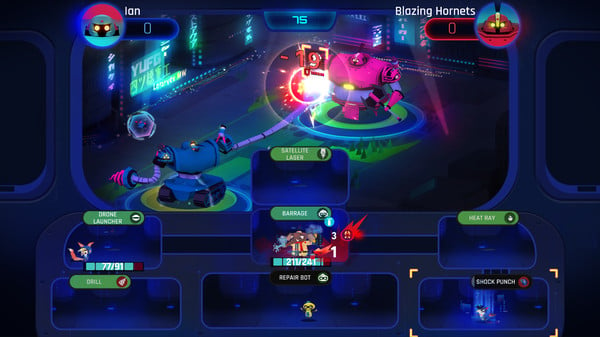 Players on both platforms will be able to team up and form clans or battle each other online as they climb the ranks of the World Volta Association.

GungHo Online Entertainment America will hold a limited preview event for Volta-X on PC later this summer, where users will be able to try out the game for free, including player-versus-player matches, customization, and the single-player campaign.

A new Volta-X webcomic is also now available on Webtoon, which showcases the game’s art style and dives into the backstories of the two main protagonists Ian and Sheldon. Both are on the verge of graduating from the Volta academy, but need to pull off a heist to “borrow” their own giant Volta robot for an upcoming tournament.

Volta-X is due out for Switch and PC via Steam this summer for $19.99.