"Play as three vampires, harness their powers, embrace their desires, and face their demons." 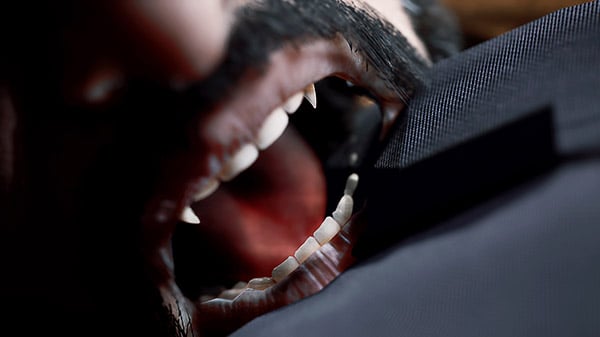 Play as three vampires, harness their powers, embrace their desires, and face their demons in a heart-pounding story in which your choices decide the fate of Boston.

Welcome to the World of Darkness

What if vampires were real? What if bloodthirsty predators lived hidden among us, engaged in a never-ending game of desire, conspiracy and betrayal? What if you became one of them?

In Vampire: The Masquerade – Swansong, you play as these alluring monsters in a world where the lines between the real and supernatural are always blurred.

Hazel Iversen, the Swan, is the new Prince of the Boston Camarilla. An iron hand in a velvet glove, she intends to assert her power and enforce the Masquerade, the vampiric law designed to ensure humans never learn about her kind. However, the best laid plans of mice and men are often torn asunder.

As rumors of betrayal, murder, and power struggles reach fever pitch, you must work in the shadows to protect your Sect in a frantic investigation as the city of Boston is plunged into Chaos.

Play as three vampires, each over a hundred years old. Weave between their intertwined destinies, embracing their different points of view, and making use of their unique abilities to separate the truth from the lies. Each character has their own vampiric disciplines that can be upgraded to suit your preferred approach.

Will you choose, intimidation, seduction, or stealth?

It’s your decision, provided you can keep the hunger for blood at bay.

With its unique approach to gameplay, Swansong puts the emphasis on consequence. Analyze each situation carefully, the choices you make during the investigation, and your social interactions with characters can have a lasting impact on the fate of your heroes’ lives and the fate of the Boston Camarilla.