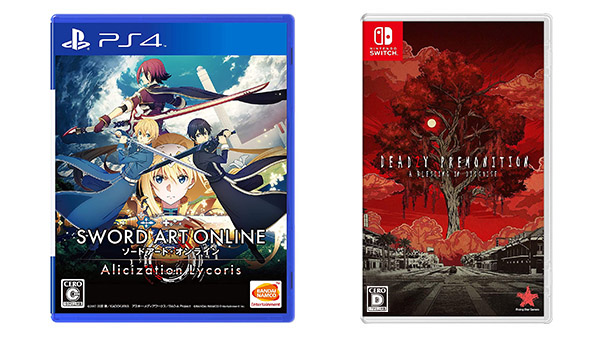 Sword Art Online: Alicization Lycoris and Deadly Premonition 2: A Blessing in Disguise are the highlights of this week’s Japanese game releases.

Deadly Premonition 2: A Blessing Disguise is the long-awaited followup to 2010-released Deadly Premonition. It serves as both a sequel and a prequel to the original game, with the sequel parts set in present-day Boston and the prequel parts set in the open-world town of Le Carre, Louisiana. As FBI Special Agent Francis York Morgan, you will go back in time to uncover a new murder mystery.

Other new releases this week include eBaseball Powerful Pro Yakyuu 2020, this year’s (and next year’s) edition of Konami’s chibi baseball game; Bloodstained: Curse of the Moon 2, CrossCode for consoles, and more.