Death Stranding and Story of Seasons: Friends of Mineral Town for PC, and more. 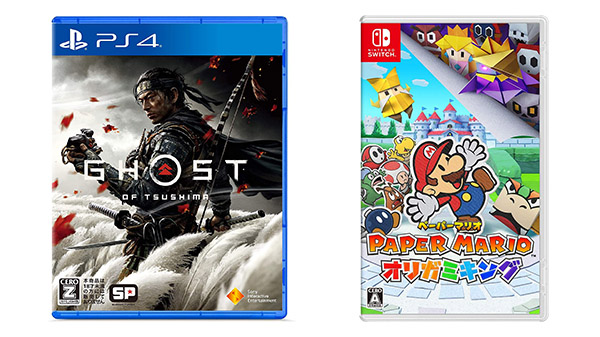 Ghost of Tsushima for PlayStation 4 and Paper Mario: The Origami King for Switch are the highlights of this week’s Japanese game releases.

Developed by Sucker Punch Productions, Ghost of Tsushima is an open-world game set on the island of Tsushima, Japan in 1274. As Jin Sakai, one of the last surviving samurai, you rise from the ashes to fight back against the Mongol Empire’s invasion of the island. Jin must also decide whether to deviate from his samurai path to protect the island and its people by any means necessary.

Paper Mario: The Origami King is the first new entry in the Paper Mario series since Paper Mario: Color Splash for Wii U in 2016. In it, Mario and his new partner Olivia must battle the evil Folded Soldiers via a new ring-based battle system, repair the landscape, and try to free Prince Peach’s castle from the clutches of King Olly.

Other new releases this week include Death Stranding and Story of Seasons: Friends of Mineral Town for PC, Code: Realize ~Wintertide Miracles~ for Switch, and the physical edition of Together! The Battle Cats! for Switch.