Due out at launch for Xbox Series X. 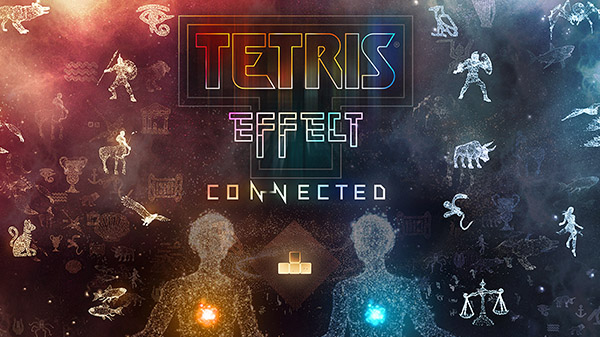 Publisher Enhance Games and developers Monstars and Resonair announced Tetris Effect: Connected during the Xbox Games Showcase. It will launch exclusively for Xbox Series X, Xbox One, and PC via the Microsoft Store, as well as the Xbox Game Pass and Smart Delivery programs, alongside Xbox Series X this holiday.

In summer 2021, the multiplayer expansion will be made available as a free update to Tetris Effect for PlayStation 4, PC via the Epic Games Store, and Oculus Quest.

“We were blown away by the reaction to the original Tetris Effect,” said producer and Enhance Games founder Tetsuya Mizuguchi in a press release. “People just ‘got it’ on every level—as a game, of course, but also as this positive, emotional, life-affirming experience. Some people were shocked they could be so moved, even to tears, by a ‘puzzle game,’ which we took as the ultimate compliment.

“But we also kept hearing that players wanted to share that experience with others. We want that, too—and especially as the world continues to adapt to unprecedented forms of isolation, it felt like a worthy challenge. Tetris Effect: Connected is our attempt to do just that: connect all different types of people, in cooperation or competition, via our universal love of Tetris.”

Here is an overview of the game, via Enhance Games:

Tetris Effect: Connected adds an all-new robust multiplayer expansion to the huge variety of addictive and innovative single-player modes that Tetris Effect is known for, and is optimized native 4K / 60 frames per second visuals (Xbox Series X and PC versions).

Wherever they choose to play—on Xbox Series X, Xbox One, or Windows 10 PC—Xbox gamers can connect and play with or against each other in all-new modes like “Zone Battle,” which shakes up traditional one-on-one Tetris gameplay via the time-stopping Zone mechanic made famous in Tetris Effect, or the innovative co-op of “Connected” mode, where up to three players can literally connect their Tetris playfields together and play as one, as they work together to take down a series of increasingly-challenging CPU-controlled bosses.

The new multiplayer expansion joins the 10-plus single-player modes already included in the original Tetris Effect. This is Tetris like you’ve never seen it, or heard it, or felt it before—an incredibly addictive, unique, and breathtakingly gorgeous reinvention of one of the most popular puzzle games of all time, from the people who brought you the award-winning Rez Infinite and legendary puzzle game Lumines. Music, backgrounds, sounds, special effects—everything, down to the Tetriminos themselves, pulse, dance, shimmer, and explode in perfect sync with how you’re playing, making all of the game’s 30+ stages something you’ll want to experience over and over again.

Development is being handled by the same team of Monstars Inc. and Resonair as the original Tetris Effect, with additional coding and networking help from Tokyo-based Stage Games.

backspacer ⋅ Fatal Frame: Maiden of Black Water coming to Switch in 2021 ⋅ 8 minutes ago