Tell Me Why Chapter One launches August 27

Remaining two chapters due out in the two weeks that follow. 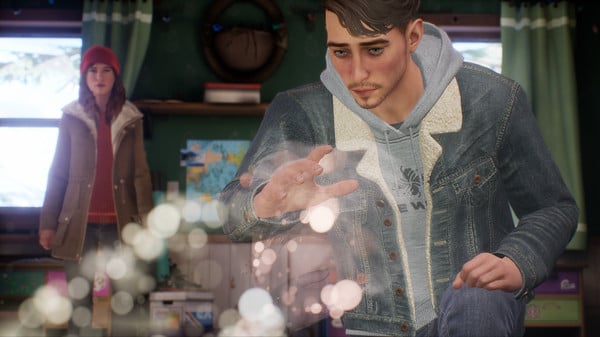 The first chapter of narrative adventure game Tell Me Why will launch for Xbox One and PC via Steam and the Microsoft Store on August 27, publisher Microsoft and developer Dontnod Entertainment announced during the Xbox Games Showcase. The second chapter will follow the next week, and the third and final chapter the week after.

Here are the latest details, via Xbox Wire:

Tell Me Why is the story of two twins, Alyson and Tyler Ronan, who reunite for the first time in ten years after their mother’s death. Upon returning to their childhood home in rural Alaska, the Ronans realize that their shared past may not be as they remember it.

The trailer from Xbox Games Showcase reveals even more new info about Tyler and Alyson—including that the twins are seeking closure for what they remember about the death of their mother, Mary-Ann.

In Tell Me Why, memories are not only a key part of Tyler and Alyson’s journey—they’re also a major gameplay mechanic. Players will use the twins’ supernatural Bond as one of many ways to find out the truth of the events surrounding their mother’s death. The choices the player makes with the Bond will influence Tyler and Alyson’s relationship for better or for worse, as well as alter the course of the game through branching dialogue and dramatic actions.

Also shown in the trailer are several never-before-seen characters who will either help or hinder the twins during their homecoming. There’s even a glimpse at what may be the Ronan twins’ biggest adversary…

Tell Me Why seeks to drive inclusive storytelling within the AAA gaming space. Dontnod Entertainment and Xbox Game Studios conducted on-the-ground research and partnered closely with cultural, mental health and gender advocates to ensure that Tell Me Why is truly representative of the identities it represents.

Tell Me Why’s three chapters will release a week apart beginning August 27, giving players a predictable timeline for experiencing the whole story. The week-long gap ensures that fans have the means to discuss their experiences, share theories and possibly explore new story paths in between chapters.