Strategy RPG Live by the Sword: Tactics announced for PC 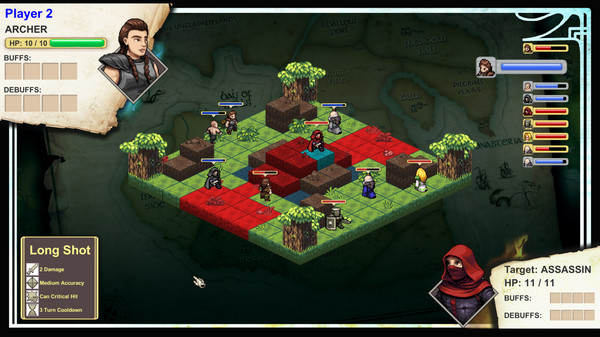 Developer Black Lab Games has announced Live by the Sword: Tactics, a strategy RPG due out for PC via Steam in early 2021.

Live by the Sword: Tactics is a tactical RPG that puts you in charge of a group of adventurers. As the Kingdom rebuilds after a devastating war, people are slowly returning to their normal lives. During this time a plot is discovered that threatens to throw the Kingdom back into further ruin. You must prevent this from happening at all costs.

Live by the Sword: Tactics features many ways to play:

The battle system in Live by the Sword revolves around 5 vs 5 battles. The player has the choice of building their team with seven unique classes:

Each class posses an innate ability as well as a pool of 6 unique abilities to choose from. Choose wisely as you can only take four into battle.

Fight Crab for Switch launches September 15 in the west Previous post
Crash Bandicoot 4: It's About Time gameplay - 'Snow Way Out' and 'Dino Dash' Next post