Experience the bizarre and imaginary land of Wonderworld. 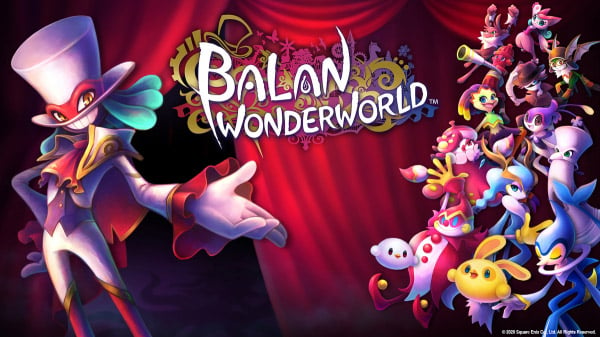 Balan Wonderworld is an all-new action-platformer from the creators of Sonic the Hedgehog, the global blockbuster video game franchise. The family-friendly platformer will jump on to current and next generation consoles and PC in the spring of 2021.

Entering a whimsical and bizarre land through a mysterious theatre, players will take on the role of Leo and Emma as they embark on an adventure like no other. Led by an enigmatic maestro named Balan, they must navigate through Wonderworld to restore happiness and balance the hearts and minds of all they encounter here.

Players will discover over 80 extraordinary costumes along their journey through a variety of unique environments within Wonderworld. The costumes change Leo’s and Emma’s appearances, granting them a wide array of fantastical powers to overcome obstacles that lay in their path and discover exciting new ways to play. The possibilities are endless as you bash your enemies, walk in the air, freeze time and manipulate all kinds of objects with the costumes you collect!