Inspired by early Amped games, due out in 2021. 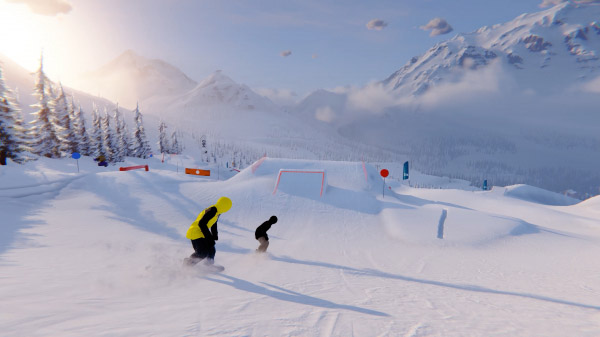 “We are building a snowboarding experience that allows you to define your own style,” said project lead Dirk Van Welden in a press release. “Outside there are so many incredible ways to do a simple 180, and Shredders gives you that level of control. Carving, buttering, and the sensation of floating on fresh powder all feels amazing.”

The developers describe themselves as “massive fans” of the early Amped snowboarding games, which “balanced simulation and fun with fine controls in an easy to learn and discoverable way.” With Shredders, they hope to accelerate the spirit of those games “with cool next-gen tech and kick ass physics.”

Shredders will ship with multiplayer as a core component, allowing players to explore the mountain range solo or with friends.