Due out for PC and Stadia in August. 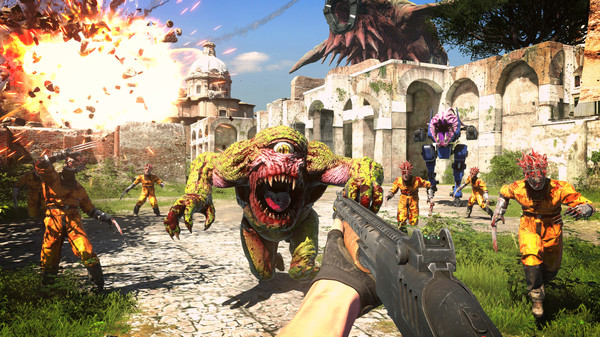 Serious Sam 4 is due out for PC via Steam and Stadia in August.