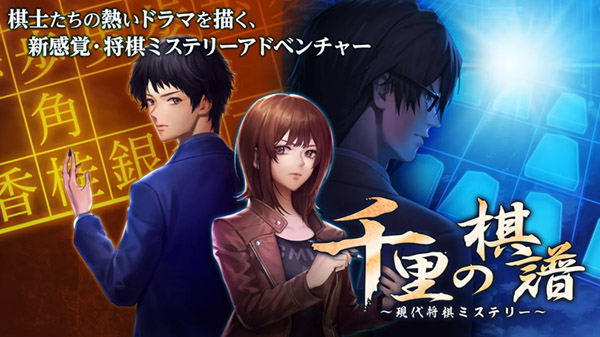 Kemco will release shogi mystery adventure game Senri no Kifu: Gendai Shougi Mystery for iOS via the App Store and Android via Google Play on August 5 in Japan for 3,060 yen, the publisher announced.

First released for PlayStation 4, Switch, and PC via Steam on February 27, Senri no Kifu: Gendai Shougi Mystery is set in the modern world of shogi and features seven popular real-life shogi players. The scenario is written by Hidehisa Miyashita of Folklore fame, and the music is composed by Noriyuki Iwadare of Phoenix Wright: Ace Attorney – Trials and Tribulations, Dual Destinies, and Spirit of Justice fame. Unlike the previously released smartphone version, Senri no Kifu: Gendai Shougi Mystery overhauls the original game as a complete edition with lengthy new scenarios, a shogi classroom feature, and more.