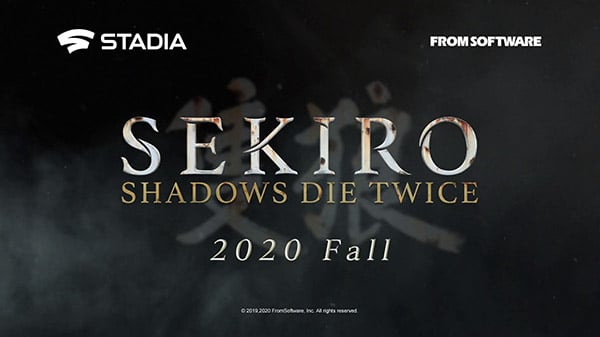 Sekiro: Shadows Die Twice, which first launched for PlayStation 4, Xbox One, and PC via Steam in March 2019, is coming to Stadia this fall, publisher Activision and developer FromSoftware announced.

Here is an overview of the game, via FromSoftware:

Carve your own path to vengeance in the award-winning action-adventure game from the creators of Dark Souls. Embark on a quest to regain your honor and fight vicious enemies in a dark and twisted world. Unleash an arsenal of deadly prosthetic tools and powerful ninja abilities while you blend stealth, vertical traversal, and visceral head to head combat. Sekiro: Shadows Die Twice was named 2019’s Game of the Year at The Game Awards.