Hybrid rice farming simulator and side-scrolling action platformer due out in 2020. 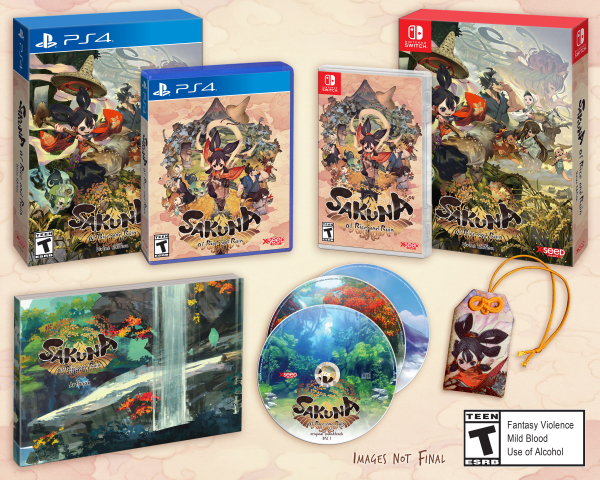 Sakuna: Of Rice and Ruin will be available in standard and “Divine” physical editions in North America when it launches for PlayStation 4, Switch, and PC via Steam later in 2020, publisher XSEED Games and developer Edelweiss announced.

The “Divine Edition” includes a custom outer box with exclusive artwork, the retail edition of the game, an 8.2 inches by 5.8 inches art book with over 130 pages of illustrations and concept art, a full original soundtrack of 42 songs on three CDs, and a special two inches by three inches Japanese omamori charm.