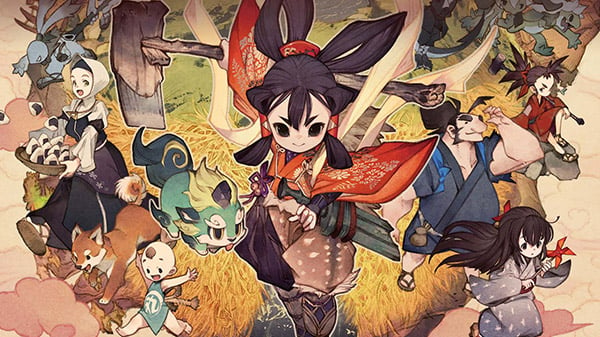 In North America, the console versions will be available in physical standard and “Divine” editions for $39.99 and $59.99, respectively. The “Divine Edition” includes a custom outer box with exclusive artwork, the retail edition of the game, an 8.2 inches by 5.8 inches art book with over 130 pages of illustrations and concept art, a full original soundtrack of 42 songs on three CDs, and a special two inches by three inches Japanese omamori charm. BOth versions are availble for pre-order now on the XSEED Games Store and participating retailers.

In Japan, the console versions will cost 5,478 yen at retail and and include a copy of the game, special box with artwork by Ryota Murayama, a 140-page art book featuring character designs, backgrounds, and more.

In Europe and Australia, the console versions will be available via the Marvelous Games Store and participating retailers in physical standard and limited editions for £34.99 / €39.99 and £49.99 / €59.99, respectively.