A mysterious abandoned military base. 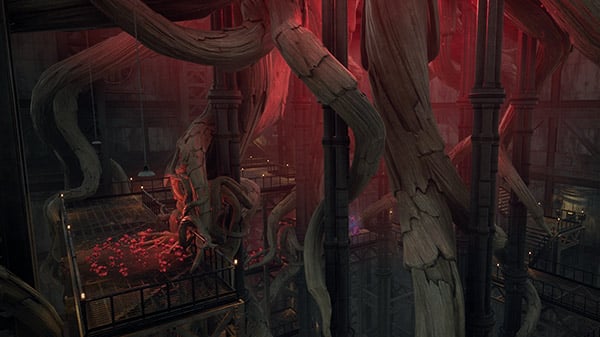 Publisher Perfect World Entertainment and developer Gunfire Games have released a new trailer and screenshots for Remnant: From the Ashes downloadable content “Subject 2923” introducing “Ward Prime,” a mysterious abandoned military base and one of the add-ons two unique zones.

Here is an overview of Ward Prime, via Perfect World Entertainment:

Survivors that take on the expedition to the military facility world of Ward Prime in “Subject 2923” will come to find that it holds many unsolved mysteries, including the origins of “The Dreamers” and how they connect to the dreaded Root, the evil force plaguing Earth. In the 1960s, the US military discovered a large, alien stone etched with symbols along with a wall containing strange runes written in another language. When the runes were deciphered, they revealed the power of the World Stone and how to create Dreamers—humans bonded with powerful entities in these other worlds. The military set up a facility that would become known as Ward Prime for this purpose.

Read more about Ward Prime at the game’s official website.

Perfect World Entertainment also announced that, when “Subject 2923” launches on August 20, a Remnant: From the Ashes – Complete Edition will also be available digitally across all platforms for $49.99. It includes the base game plus the “Swamps of Corsus” and “Subject 2923” add-ons.