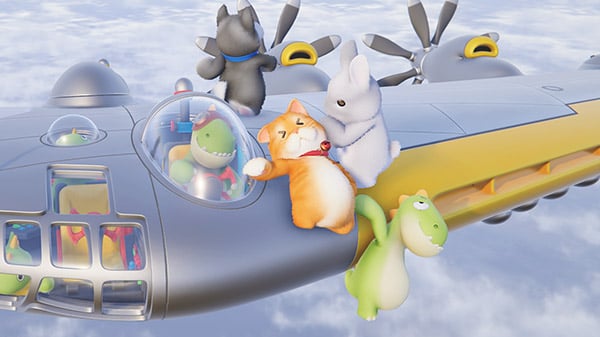 Physics-based party game Party Animals will launch for PlayStation 4, Xbox One, and Switch in addition to its previously announced PC release via Steam in late 2020, developer Recreate Games announced.

“We were overwhelmed with the reaction to the Party Animals demo at the Steam Game Festival a couple of weeks ago,” Recreate Games product manager Andy Jianyi said in a press release. “It literally was a case of ‘cute overload,’ as the demand exceeded the abilities of our third-party servers, and crashed the game! We never anticipated the game would be so popular that we’d have to work around the clock to fix our servers, but we are not complaining! We are thrilled that people enjoyed the game so much, and for a small studio like ours, this is a good problem to have.”

Here is an overview of the game, via Recreate Games:

Party Animals brings together a range of adorable animals from puppies and kittens to bunnies and duckies in the cutest cooperative brawler you’ve ever seen! Physics-based multiplayer hilarity ensues as these calamitous critters wrestle, punch, throw and tussle their way through a variety of task-oriented or competitive games in online or offline modes.

Party Animals’ unique physics engine, developed in-house by Recreate Games, features completely physics-driven character movements, leading to seemingly haphazard, floppy encounters that are both unpredictable and hilarious. Will your punch land in that sweet spot and send your foe flying off the stage, or will it knock your own character completely off balance? Get tangled up in a rumble with your friends and frenemies, and all you can do is hope for the best!

Featuring a variety of game modes in local and online multiplayer, including free-for-all skirmishes and objective-based gameplay, Party Animals journeys through an eclectic mix of environments where anything can happen – such as all-out lollipop warfare between a cute dinosaur and a fluffy shark!

ZexenVatenkeist ⋅ Brigandine: The Legend of Runersia coming to PS4 on December 10 in Japan alongside major update ⋅ 10 minutes ago