Origami platformer A Tale of Paper for PS4 launches in 2020

The "emotional adventure" of a paper boy named Line. 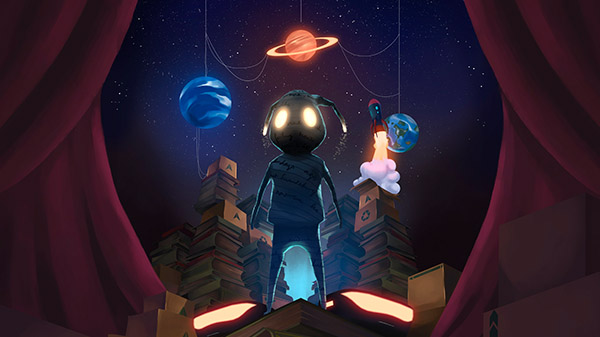 A Tale of Paper, the winner of Sony Interactive Entertainment Spain’s PlayStation Talents Awards VII Edition, will launch for PlayStation 4 digitally later in 2020, developer Open House Games announced. The platformer is described as the “emotional adventure” of a paper boy named Line, who uses origami to fulfill the dreams of his creator.

“A Tale of Paper‘s slow-paced and deep gameplay is what makes it special,” said the Open House Games team in a press release. “We mix puzzles and platforming but we also throw in some suspense and bits and pieces of walking simulation in this mix. It is also worth noting that this is no 2D platformer. The camera scrolls laterally, but players can roam in its world in any direction.”

Instead of power-ups, Line will use origami to overcome obstacles. The team continued, “Line must combine all of its abilities to clear every stage. But be careful, because every shape only allows Line to perform one action. As a frog, Line can jump higher but it can’t walk or run. We wanted to transmit Line’s fragility (and his potential to overcome obstacles) through this idea, combined with clever level design and some relentless enemies called Roombas.”

Here is an overview of the game, via Open House Games:

Can a dream transcend its owner? Follow the beautiful tale of Line an endearing paper in this atmospheric adventure with a hint of puzzles. Learn origami transformations to overcome obstacles and explore from a different perspective escaping from little big dangers. Help Line fulfilling the dream of its creator!