Relive the past on PlayStation 4. 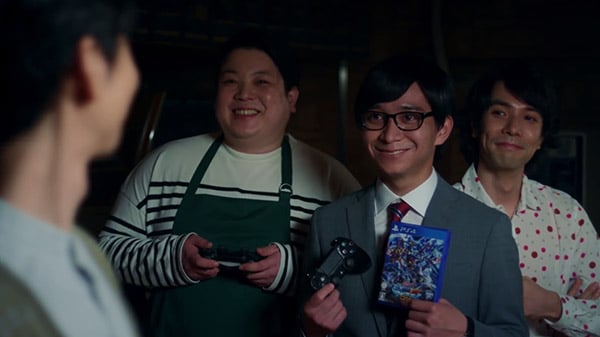 Bandai Namco has released a live-action trailer for Mobile Suit Gundam Extreme VS. Maxiboost ON dubbed “Those Days Continue on PS4.”

In the trailer, a man reminisces about his high school days playing Mobile Suit Gundam Seed Destiny: Rengou vs. Z.A.F.T. II with friends at the local arcade. The man watches over his younger self as he plays, apologizes to staff for his younger self’s rowdy behavior, but then unintentionally exhibits that same behavior himself as he gets caught up in the game’s excitement. After his younger self gets into an argument with his friends, an older man tells the group “Hey guys, it’s just a game,” to which the older and younger self simultaneously retort, “It’s not just a game!” After wishing he could relive those days, his friends’ older selves show up with a copy of Mobile Suit Gundam Extreme VS. Maxiboost ON.

Mobile Suit Gundam Extreme VS. Maxiboost ON is due out for PlayStation 4 on July 30 worldwide. Read more about the game here.