Kaze and the Wild Masks adds PS4, Xbox One, and Switch versions 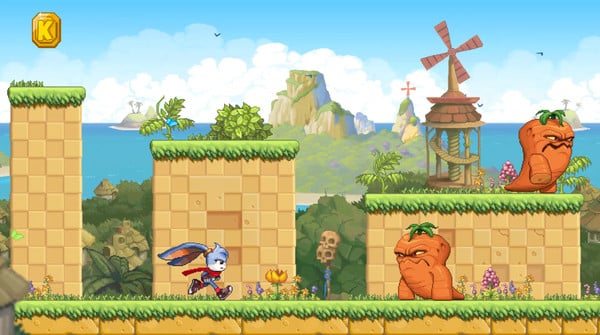 Pixel art platformer Kaze and the Wild Masks will launch both physically and digitally for PlayStation 4, Xbox One, and Switch in addition to its previously announced PC (Steam) version, publisher Soedesco and developer VOX Game Studio announced. An Xbox One demo will be available during the Xbox One Summer Game Fest from July 21 to 27.

“Ever since the early development stages, we’ve always held a console version for the game in mind,” said VOX Game Studio CEO Andrew Schaan in a press release. “Kaze and the Wild Masks embraces all the classic 90s platformer elements and we believe that both the Steam and console versions will truly complement the game in their own way. We can’t wait to bring nostalgic, yet modern-looking gameplay to today’s consoles.”

Inspired by the golden age of platform games, Kaze and the Wild Masks takes players on a trip down memory lane. With simple and intuitive mechanics, difficult challenges, iconic bosses and the satisfyingly smooth platforming and speed of the game, players will experience that classic 90s platformer vibe which many love so dearly. Besides inspiration from classics such as Donkey Kong Country 2 and Super Mario World, Kaze and the Wild Masks creates its own identity with colorful modern pixel art graphics that appeal to past and present generations.

In Kaze and the Wild Masks, you journey through the Crystal Islands in 90s classics platformer style. Play as Kaze and save your friend Hogo from a curse that spread chaos around the islands. Face enraged living vegetables by invoking the powers of the Wild Masks. Pounce ferociously like a tiger, soar through the sky like an eagle, sprint fiercely like a lizard and rule the sea like a shark.

Dollhouse coming to Switch in October