"Hero chain action" game due out on October 29 in Japan and Asia. 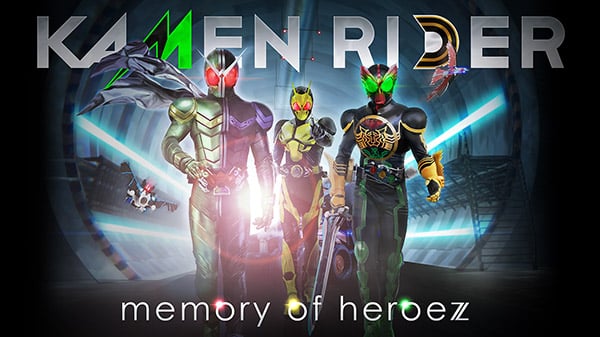 Bandai Namco has announced “hero chain action” game Kamen Rider: Memory of Heroez for PlayStation 4 and Switch. It will launch on October 29 in Japan and Southeast Asia with English subtitles. It will cost 7,600 yen in Japan.

Early purchases include three types of special motions for Kamen Rider W, OOO, and Zero-One, as well as four pieces of equipment that increases experience and stamina (“Memory of Heroez,” “No Life is Easily Saved,” “Count Up Your Sins,” and “The Only One Who Can Stop You”).

Kamen Rider: Memory of Heroez follows an original story and promises to be a “much more evolved Kamen Rider experience than previous console titles.” In it, the player must battle while cleverly operating form changes and utilizing gadgets that have appeared in the Kamen Rider series.

Here are some gameplay details, via the official website:

A Premium Sound Edition will also be available (priced at 11,800 yen in Japan), which includes 60 additional songs (opening songs, background music, and insert music) that can be set as the in-game background music, including: