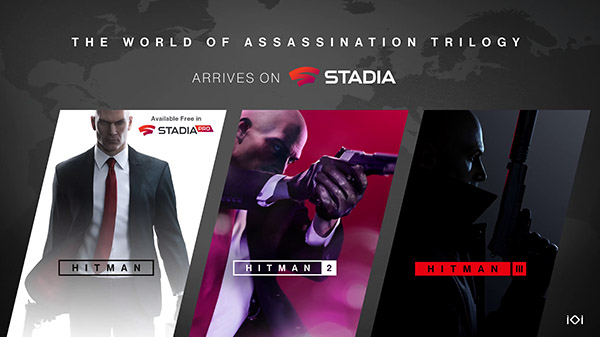 Hitman and Hitman 2 are coming to Stadia on September 1, followed by Hitman III alongside its previously announced PlayStation 5, Xbox Series X, PlayStation 4, Xbox One, and PC (Steam) versions in January 2021, developer Io Interactive announced. Hitman will be free for Stadia Pro members.

Here is an overview of the Hitman trilogy, via Io Interactive:

All three Hitman titles within the World of Assassination trilogy are coming to Stadia, including Hitman III, the dramatic conclusion which takes players around the world on a globetrotting adventure to sprawling sandbox locations. Agent 47, the ruthless professional assassin, returns for the most important contracts of his entire career.