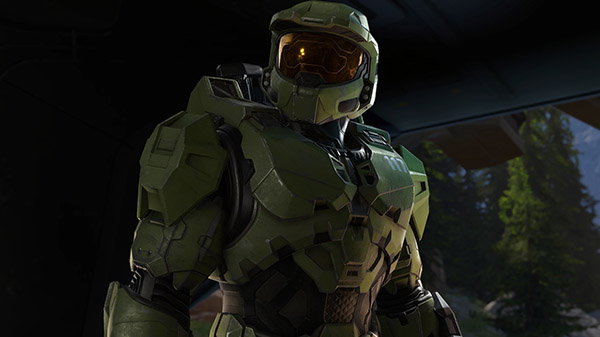 The legendary Halo series returns with the most expansive Master Chief story yet.

The Most Expansive Halo

The demo we shared today begins several hours into the Halo Infinite campaign. The Master Chief and the Pilot are shot down by anti-aircraft guns and crash land on the ring, where Chief sets out to disable the AA guns so they can continue their mission. Throughout the demo, you see a variety of the weapons and equipment Chief has at his disposal, from his trusty MA40 assault rifle to the new high-precision VK78 Commando and the devastating Ravager plasma weapon. Also new to Halo is the Grappleshot, which lets Chief close the distance to enemies at will, pull objects directly to him, and move around the map like never before.

The demo also reintroduces an enemy faction (first appearing in Halo Wars 2)–the Banished. Comprised of a variety of new and familiar enemies, including the fan-favorite Brutes, this group is led by the ominous War Chief Escharum, who will one of the most formidable foes the Master Chief has ever faced.

Halo Infinite is the most ambitious Halo game ever made, with an environment several times larger than the last two Halo games combined. Players can explore an expansive landscape filled with sprawling natural wonder, mystery, and a story that welcomes those new to the franchise as well as continues the Master Chief’s saga for our most dedicated fans.

With Xbox Series X and the Slipspace Engine, built to power the future of Halo, Halo Infinite is poised to usher in the next generation of gaming. Taking full advantage of the power of the console to deliver unprecedented visual fidelity and silky smooth campaign gameplay at a locked 60 frames per second at up to 4K resolution, the Slipspace Engine will also scale to existing platforms to provide a fantastic experience for players on the Xbox One family of devices as well as Windows 10 and Steam. Halo Infinite will also be available at launch on Xbox Game Pass for PC and console. Combined with Smart Delivery, you can rest assured you will get the best version of the game for your platform of choice.

Halo Infinite is due out for Xbox Series X, Xbox One, and PC via Steam and the Microsoft Store this holiday. It will also be available via Xbox Game Pass.