Play as a bunny wielding a massive metal fist in this dieselpunk action platformer.

1. An original world in which animals fight back against a machine invasion.

We were eager to tell a memorable and motivating story. Ours began with a simple concept. Supposing there was a beautiful, peaceful world, inhabited only by animals. What would happen if it were invaded by a race of machine-like creatures? Amidst the backdrop of the inevitable conflict that would erupt and consume the planet, we pictured the emergence of a lone warrior, a hero. 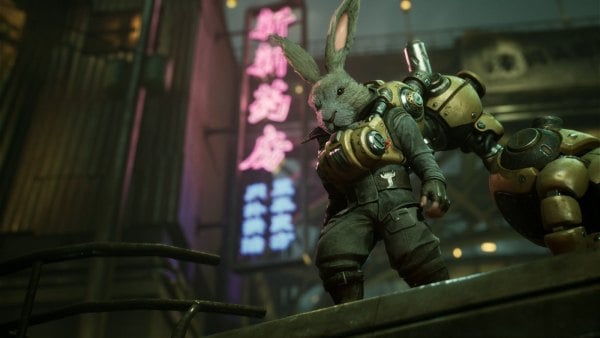 Meet Rayton. A battle veteran who has spent the last six years in hiding after his city was lost. Yet when his friend is kidnapped by the Machine Legion, this silent yet determined fighter heads back out into the world on a desperate rescue mission. In F.I.S.T., flesh and blood will clash with metal, idealism will war with realism and faiths will be tested. 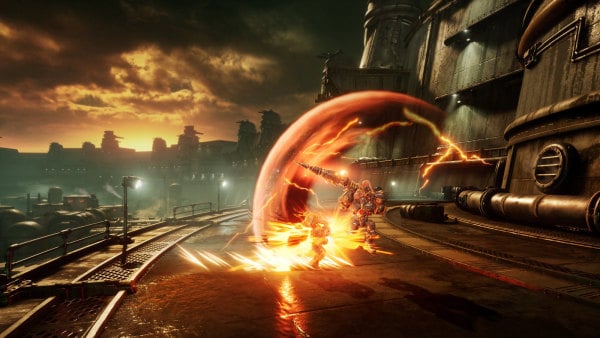 2. An interconnected world with a consistent look and one packed with secrets.

Exploration is a key gameplay mechanic of the genre. Yet unlike open world titles, an exploration platformer’s areas are usually multiple interconnected ‘rooms,’ the sudden change to the look and feel of your surroundings can be jarring. It erodes cohesion. 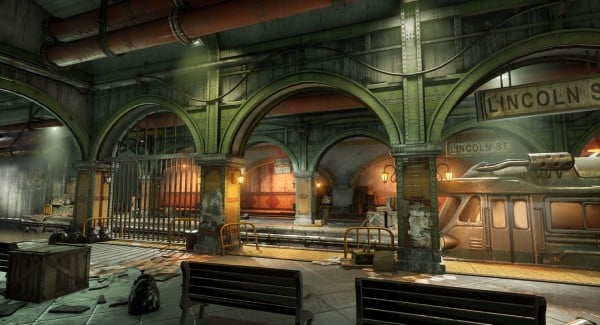 With that in mind, we worked hard to make F.I.S.T.’s world feel real. Every district is distinct yet feels part of a larger whole. As you explore, subtle yet increasing alterations in the background and level design makes the transitions between each region feel wholly natural. Torch City will feel even more convincing when you factor in a lack of loading between areas. 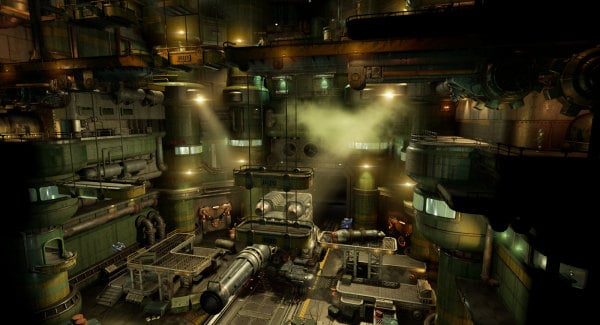 And of course, it is a city packed with secrets. Some of the best spots in real-world locales are only found through exploration. It’s the same with ours. Numerous hidden areas await, with platform or combat challenges in each, rewarding you with new upgrades or cool collectables for their completion.

3. An arcade-style combat system with unique weapons and combo chains.

We also love classic action games, which has driven us to design a deep and satisfying combat system. It is built around the trio of weapons Rayton brings with him into battle: the mechanized fist, drill and whip. 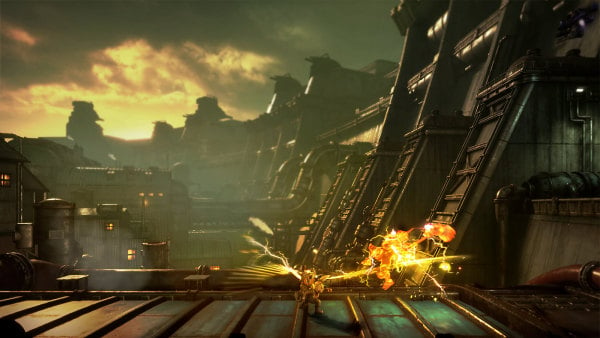 Each has its own unique features and combo chains. The fist is a good all-rounder with the easiest combo strings of the three. The drill is slower to deploy but deals out the most damage. In direct contrast, the whip isn’t as powerful but is lightning quick and also boasts the furthest attack range. Yet you will need to become adept at using all three to survive your travels through the dense cityscape. 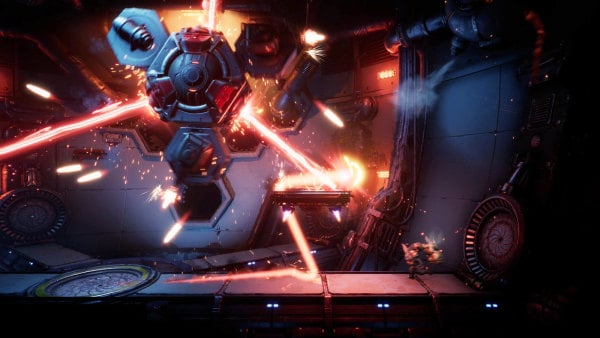 And what’s great weaponry without some challenging villains to test them out on? We were eager to give you a devilishly diverse bunch of baddies that would challenge you. Our designers spent a long time creating dozens of enemy types—normal grunts, stronger elites and tough bosses. Each has a unique appearance and a distinct combat pattern. The Machine Legion will not fall easily. 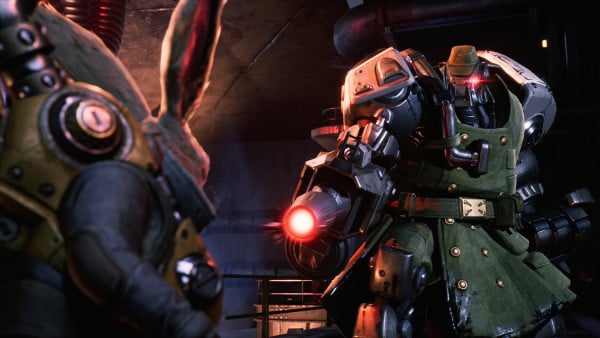 Dieselpunk mightn’t be as well-known as cyberpunk or steampunk, but its style is just as fantastical and fascinating. It fitted perfectly with the story we wanted to tell, and we know its look is something players across the world will appreciate. We also interwove oriental-style architecture into the diesel-powered designs and took inspiration from industrial technology as well as military weapons of the interwar period. 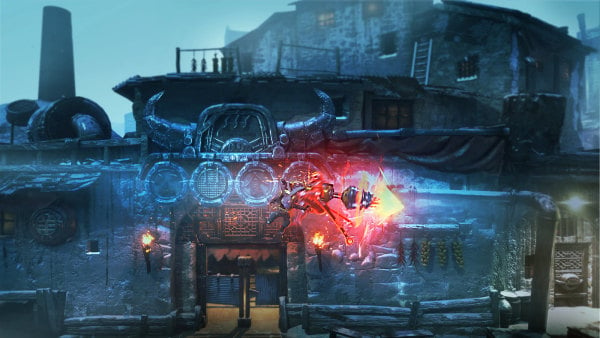 Powering all this is the Unreal Engine 4. Using the engine’s physically based rendering with extremely detailed textures has perfectly captured the aesthetic we wanted. Though the gameplay is 2D, the world of F.I.S.T. has been rendered in beautiful 3D, with background details enriching every location and making the city feel alive.