Open-world action RPG sequel due out in 2022. 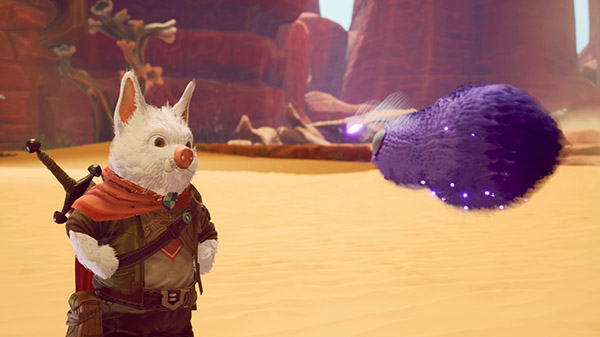 Snowcastle Games has announced open-world action RPG Earthlock 2 for PlayStation 5, Xbox Series X, PlayStation 4, Xbox One, and PC (Steam). It will launch in 2022.

Speaking to IGN, Snowcastle Games CEO and co-founder Bendik Stang described the Unreal Engine-based sequel as “a much more ambitious” project than its predecessor, which ran on the Unity engine, that aims to “make use of next-generation consoles as best as we can.”

Stang said, “Earthlock 2 takes place in the same world, but will be a completely different experience compared to the first Earthlock, which was a turn-based RPG. Earthlock 2 will have real time combat, and without revealing too much, fans and newcomers alike can expect a dynamic and unique experience providing the player with meaningful choices that will allow them to leave their mark on the world.”

The Earthlock series is set on the planet of Umbra, which has stopped spinning on its axis, meaning half of the world is completely shrouded in darkness, while the other half is constantly baked in sunlight. Along the border in the middle, there is an area that gets the best of both worlds. The game’s story centres around a group of friends who must set out to find and rescue their missing family members.

Earthlock 2 will be an open-world action RPG with complex interlocking systems that work together to offer players extensive freedom to customize their own experience.

Watch the announcement trailer below. View the first screenshots (stills from the trailer) at the gallery. Visit the official website here.

Neppers ⋅ BPM: Bullets Per Minute for PS4, Xbox One launches October 5 ⋅ 12 minutes ago