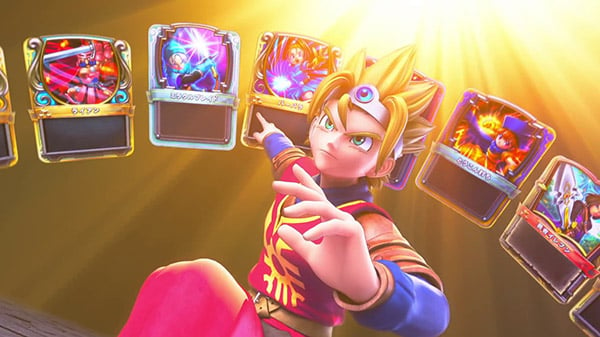 The “Heroes of Triumphal Return” card pack, the first volume in the “Shin” series of card packs, will also launch alongside the rebranding.

Square Enix will host “Rivals LIVE! Vol. 1,” the first in a series of Dragon Quest Rivals Ace live streams, on August 6 at 20:00 JST, where it will share the latest information, including an explanation of “Solo Battle Adventure” mode and a look at the legendary rare cards and new systems that appear in the “Heroes of Triumphal Return” card pack along with live gameplay. Presenters include MC Ayana Tsubaki, guests Tomokazu Sugita (voice actor) and Chomosh (pro-gamer), and Square Enix representatives Tatsuhiro Futagi (Dragon Quest Rivals producer) and Yusuke Tomida (administrative producer). You will be able to watch it on YouTube.

Dragon Quest Rivals is available now in Japan for Switch via the Nintendo eShop, PC via Steam, iOS via the App Store, and Android via Google Play.

Watch a teaser trailer for Dragon Quest Rivals Ace below.