Featuring "the most hardcore off-road terrain and incredible elevation changes." 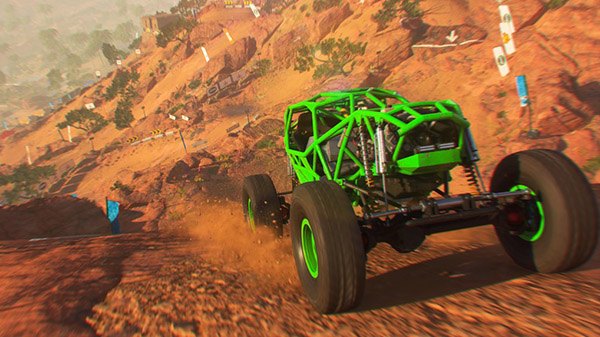 In this work-in-progress DIRT 5 gameplay, get a first look at something you’ve NEVER seen from DIRT games before. “Path Finder” events bring you the most hardcore off-road terrain and incredible elevation changes, meaning success isn’t just about speed—it’s about strategy and survival.

Take on “Path Finder” events in our monstrous rock bouncer, built to overcome all obstacles with huge tyres, mad suspension and plenty of power. Allow Donut Media’s James Pumphrey and Nolan Sykes to introduce you to Path Finder in this early DIRT 5 gameplay video!