Out now on Switch, iOS, and Android. PS4 version still to be dated. 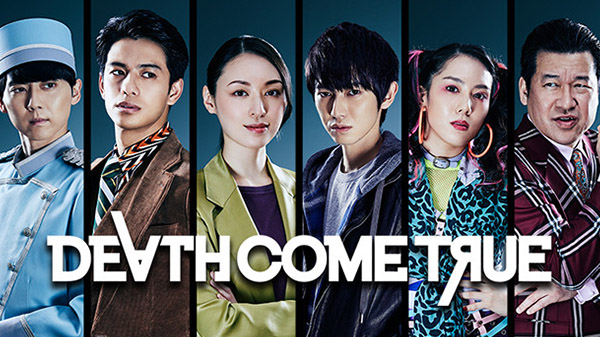 The interactive movie game first launched for Switch via the Nintendo eShop, iOS via the App Store, and Android via Google Play on June 25.

A PlayStation 4 version is also planned, but has yet to receive a release date.

“A new wave interactive movie game” where your actions, and the ending of the story, are determined by your choices.

Player controls are simple and straightforward: just swipe to look around and tap to make a selection. Even if you are a beginner, you can enjoy the game as if you were watching a movie.

The protagonist acts as you make choices in each scene, moving the story forward.

What ending awaits you after you’ve made your choices?

“Inner Circle” by Kami-sama, I have noticed (Warner Music Japan)

In a hotel room, there is a man lying on the bed.

He wakes up to the piercing sound of the phone ringing.

Picking up the phone, he hears a message from the hotel concierge,

“If you have any trouble, please visit the front desk.”

He doesn’t even know why he is in the hotel.

In fact, he doesn’t remember anything at all.

As he begins to look around, he suddenly finds a woman tied up and unconscious.

The evening news on the TV shows the man himself, allegedly wanted as a serial killer.

Then comes the sound of knocking on the door.

Each time the protagonist experiences a new “death,” you can collect “Death Medals” based on the way he died. Depending on the number of the medals you collect, special movies called “DeathTube” will become available. Try and collect them all!

The World Ends with You The Animation airs in 2021, teaser trailer and first details Previous post
Windbound - 21 minutes of gameplay Next post

jimmyjohn42069 ⋅ Fire Emblem: Shadow Dragon & the Blade of Light coming to Switch on December 4 ⋅ 9 minutes ago