Plus "hundreds of thousands of players" on Xbox Game Pass. 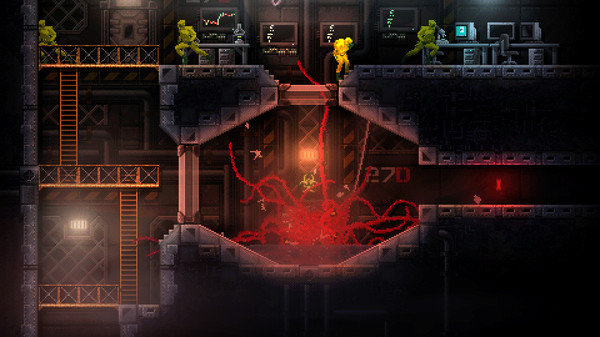 Reverse horror game Carrion has sold over 200,000 copies sold since its launch across Xbox One, Switch, and PC via Steam on July 23, and has been played by “hundreds of thousands of players” on Xbox Game Pass, publisher Devolver Digital and developer Phobia Game Studio announced.

Carrion is a reverse horror game in which you assume the role of an amorphous creature of unknown origin. Stalk and consume those that imprisoned you to spread fear and panic throughout the facility. Grow and evolve as you tear down this prison and acquire more and more devastating abilities on the path to retribution.

Watch a new, three-minute “behind the screams” video about the making of the horror game below, including an interview with Carrion‘s star beast.