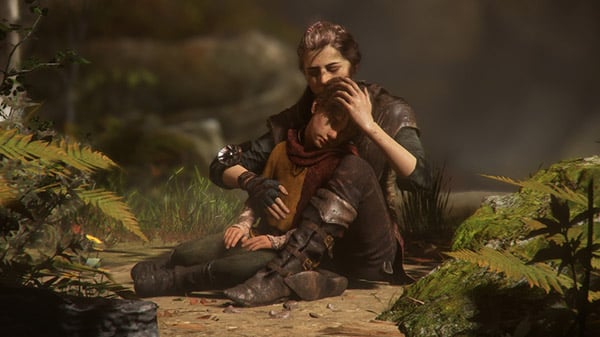 “The entire team at Asobo Studio is extremely proud of the path A Plague Tale: Innocence has taken in one year with Focus Home Interactive by our side,” said Asobo Studio chief creative officer and co-founder David Dedeine in a press release. “Every day more and more players are discovering the story of Amicia and Hugo, which is for us the greatest source of motivation. We can’t wait to bring other adventures and strong emotional experiences!”

Focus Home Interactive chief operating officer John Bert added, “It’s a testament to the talent of both our teams that we have achieved this important milestone. It has always been a great pleasure to work with the team at Asobo Studio, and we are proud to continue our partnership with another ambitious upcoming title. These brilliant results only strengthen our resolve to keep working with such talented partners to deliver the most unique and exciting games on the market.”

A Plague Tale: Innocence first launched for PlayStation 4, Xbox One, and PC via Steam in May 2019.

Follow the grim tale of young Amicia and her little brother Hugo, in a heartrending journey through the darkest hours of history. Hunted by Inquisition soldiers and surrounded by unstoppable swarms of rats, Amicia and Hugo will come to know and trust each other. As they struggle to survive against overwhelming odds, they will fight to find purpose in this brutal, unforgiving world.

1349. The plague ravages the Kingdom of France. Amicia and her younger brother Hugo are pursued by the Inquisition through villages devastated by the disease. On their way, they will have to join forces with other children, and evade swarms of rats using fire and light. Aided only by the link that binds their fates together, they will face untold horrors in their struggle to survive.As their adventure begins… the time of innocence ends.