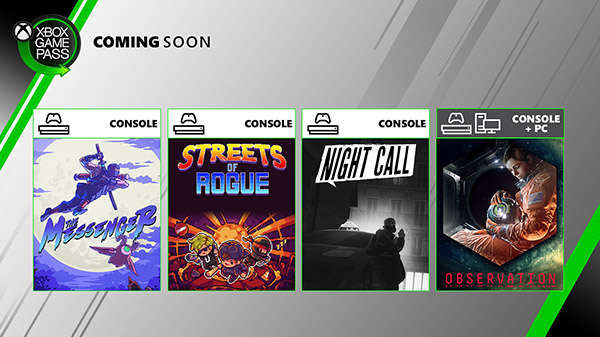 Microsoft has announced several new titles coming to Xbox Game Pass for Console and PC starting today, including Night Call today, and Observation, The Messenger, and Streets of Rogue on June 25.

■ In Case You Missed It

West of Dead (Console & PC, [email protected]) – Descend into the grim and gritty world of Purgatory in this fast-paced cover shooter which combines the fluidity of twin-stick controls and tactical cover usage. Dodge behind cover as you try to outgun your enemies in the unknown procedurally generated hunting grounds.