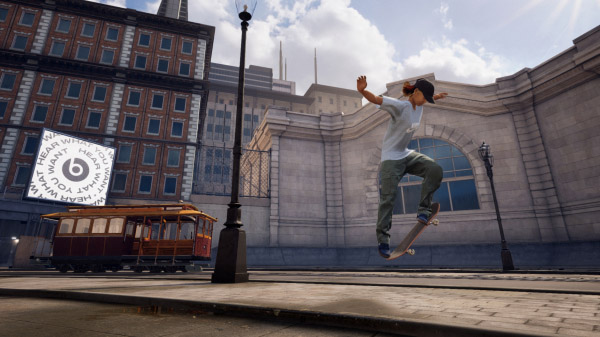 Publisher Activision and developer Vicarious Visions have released a new set of trailers for Tony Hawk’s Pro Skater 1 + 2, announcing a new lineup of skaters joining the original games’ lineup, as well as an August 14 release date for the pre-order demo.

The “Warehouse Demo” will be available to anyone who pre-orders Tony Hawk’s Pro Skater 1 + 2 digitally across all platforms.

Here is an updated fact sheet for the game:

Get stoked, because the first two games in the critically acclaimed Tony Hawk Pro Skater franchise—Tony Hawk’s Pro Skater and Tony Hawk’s Pro Skater 2—are returning fully remastered and in one awesome package. Developed by the masters of the remasters—Vicarious Visions—the games that defined a generation are back and will blend original levels, classic pro skaters, old-school tricks, iconic songs from the original franchise, and more that fans remember from the ‘90s and 2000’s with added features, HD graphics, new tricks, and iconic controls to provide players with a super awesome gameplay experience. The fun doesn’t stop there, With the launch of the remaster on September 4, 2020, the legacy continues with some of the most preeminent pro skaters in the world today—Nyjah Huston, Leo Baker, Leticia Bufoni, Aori Nishimura, Lizzie Armanto, Shane O’Neill, Riley Hawk and Tyshawn Jones—joining the lineup of OG pro skaters.

Tony Hawk’s Pro Skater 1 + 2 is due out for PlayStation 4, Xbox One, and PC via the Epic Games Store on September 4.

Watch the new trailers below. View a new set of screenshots at the gallery.