The Waylanders launches via Steam Early Access on June 16 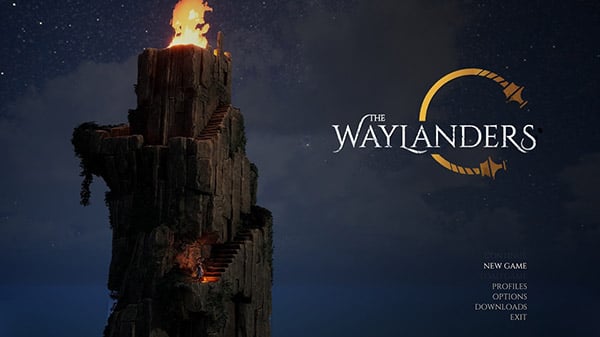 Classic party-based RPG The Waylanders will launch for PC via Steam Early Access on June 16 for $34.99 with a temporary 10 percent-off discount, developer Gato Salvaje Studio announced during IGN’s Summer of Gaming 2020 live stream.

The Steam Early Access version contains around 10 to 12 hours of the planned 40-hour adventure, as well as over eight unique locations and over 40 maps to visit. It will only support English at launch, but additional languages (Spanish, Galician, French, German, Simplified Chinese, Russian) and features such as loyalty quests, crafting equipment improvements, and advanced classes are planned to be added in later updates. The team plans to release periodic updates with gameplay changes as development continues, and a roadmap will be shared shortly after the Early Access release.

The first meeting between the Celts and their gods, the Tuatha de Danaan should have been a time of celebration and enlightenment. But, when the negotiations go catastrophically wrong, you find yourself near death- and untethered from time! The land has been overtaken by magickal corruptions, and the kingdom, once peaceful, has splintered into multiple factions warring for the throne. The Celtic culture- a complex tapestry of different religions, cultures, mortal and immortal human races, werewolves, druids, goblins, and monsters threatens to tear at every seam. Will you support the immature yet rightful heir, or the pragmatic general? What alliances will you forge, what friendships will you foster, what romances will you pursue, and… what will you do when you are suddenly thrust into Medieval Spain?

You discover, because you have been untethered from time, that you are able to travel between the Celtic and Medieval eras. Things look pretty different in Galicia under Christianity than they did under Celtic rule. Where are your immortal allies now, and what has become of the souls of your mortal friends, reincarnated? Could the corrupt magicks that interfered during your meeting with the Tuatha have led to the destruction of all the Celtic world held dear? Or was a larger force of politics and religion at fault- or, perhaps, to thank for the changes the world has experienced?

The Waylanders is an exciting fantasy RPG inspired by classics such as Dragon Age: Origins and Baldur’s Gate.