The Messenger coming to Xbox One on June 25 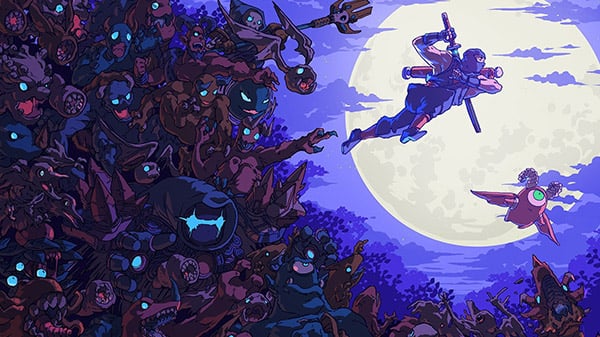 Publisher Devolver Digital and developer Sabotage Studio will release The Messenger for Xbox One on June 25, a Microsoft Store listing has confirmed.

The Messenger first launched for Switch and PC via Steam in August 2018, followed by PlayStation 4 in March 2019.

As a demon army besieges his village, a young ninja ventures through a cursed world, to deliver a scroll paramount to his clan’s survival. What begins as a classic action platformer soon unravels into an expansive time-traveling adventure full of thrills, surprises, and humor.