Another information blast ahead of next week's release.

■ The Player is the Poison Maiden’s Partner 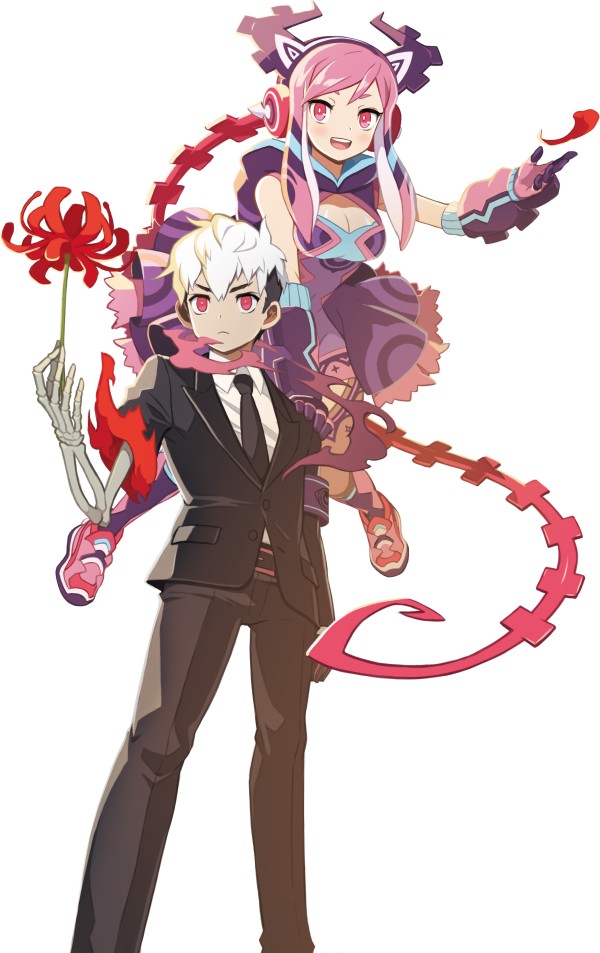 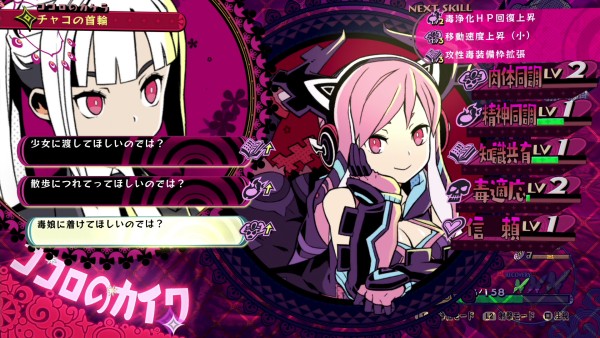 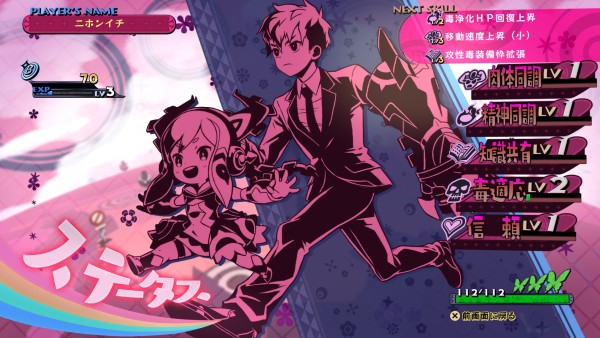 Maiden Hell is divided into five major areas. As you purify hell, you will be able to proceed to new areas. By approaching the symbols on the map, you can see information such as how each Maiden Hell was born. Be sure to visit the gift shop run by demoness Dorami Mitogawa every once in a while. 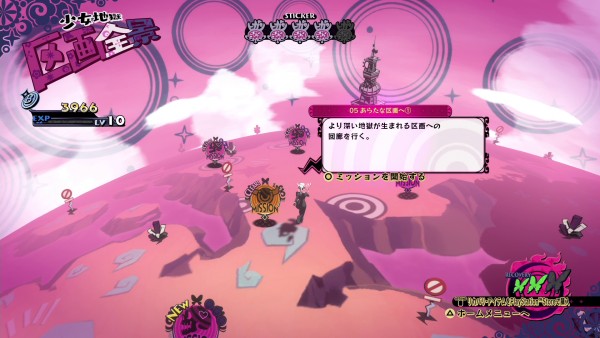 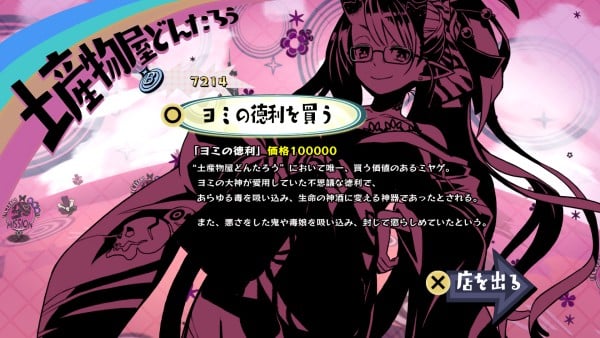 The protagonist can equip four types of poison: “Attack Poison” and “Delusional Being Poison” that can be used in attacks, “Defensive Poison” that add defense power and support skills, and “Catalyst Poison.” There are various poisons that reflect the characteristics of the girls who fell to hell, so equip them based on the mission and enemy. 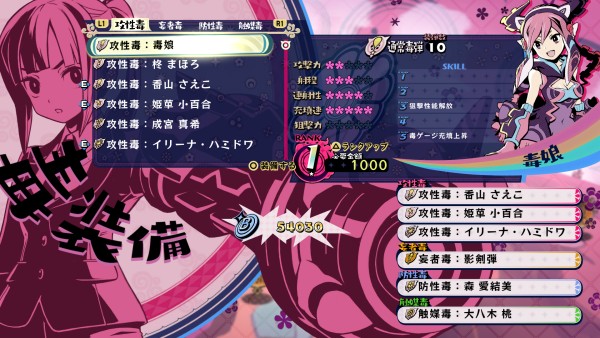 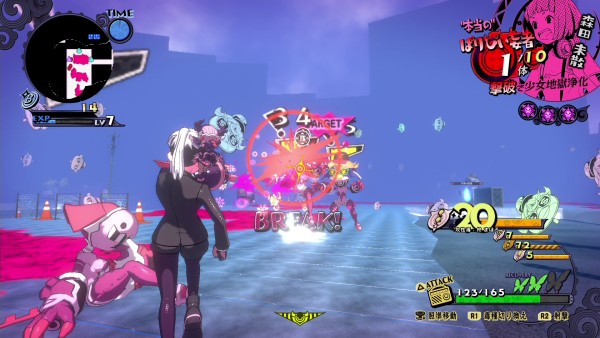 As you purify hell, you can use the spirit of hell to perform special attacks. By unleashing all of the spirit you have built up through purification, you can use more powerful attacks than usual.

—When the radio gauge in the lower-right of the screen ifs full, you can perform an “Electric Spirit Release Attack.” It requires a certain amount of time before it can be used, so it is important to determine the proper timing. 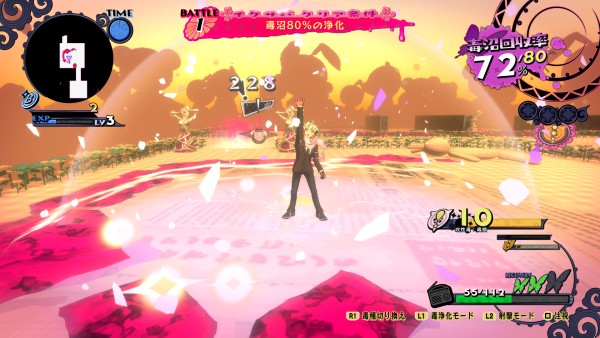 ■ The Girls of Maiden Hell

Maiden Hell changes the reflect the heart of the girl who gave birth to that hell. From that visual scene, you can see what caused the girl to fall to hell, so face against the “poison” of that girl’s heart and purify hell.

The Hell of a Girl Whose Dog Died

The hell of a girl who became emotionally unstable after her dog died. Believing in the story of her picture brook—“When heaven is full of souls, the excess souls will return to life”—she starts killing small animals. 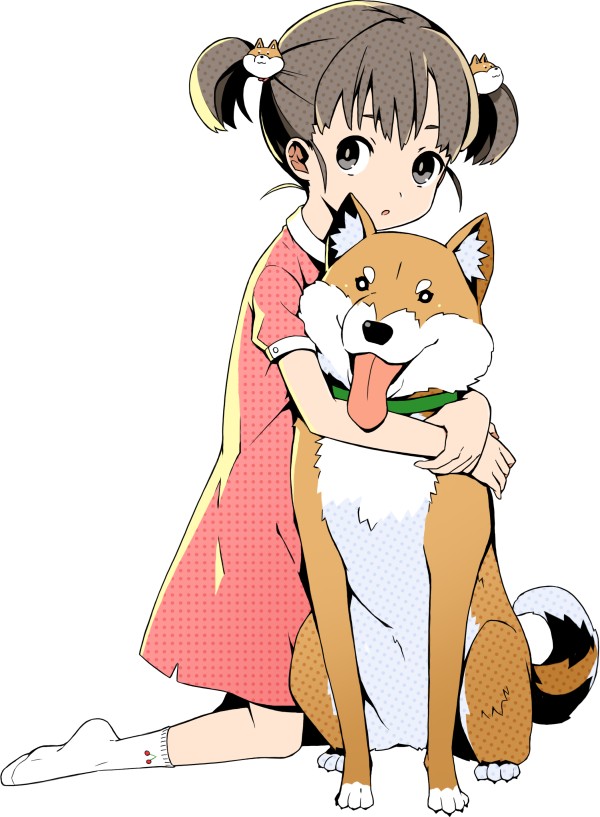 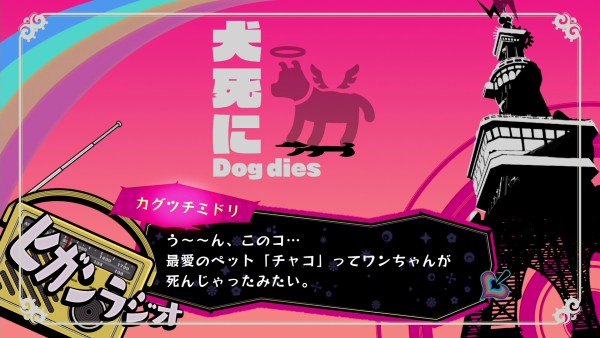 The Hell of a Girl who Loved Mascot Characters

A girl who is overly obsessed with her mascot character hobby to the point where she repeatedly exhibited troublesome behavior such as breaking into events. Because of that obsession, the Delusional Beings in her hell resemble her favorite mascot characters. 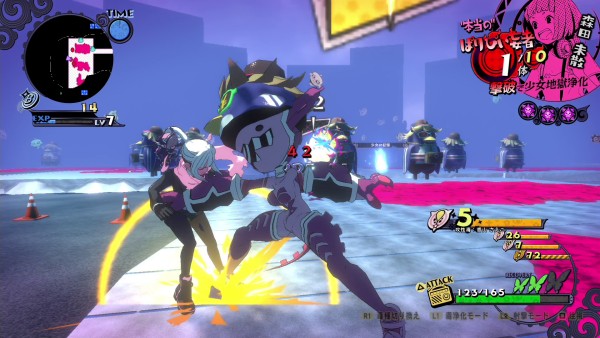 The Hell of a Girl who Died from Nothing

A girl from a family of former nobles who worked as a hospital nurse intern. She is confused as to how she died and why she fell into hell. 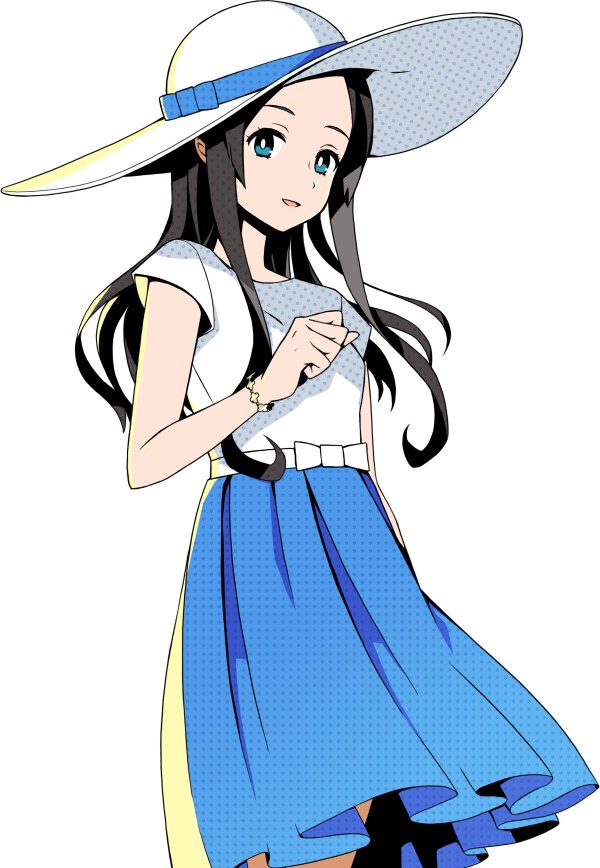 —Some of the Hell Maidens can talk to the lord of hell. The girl’s heart is a major hint for purification. 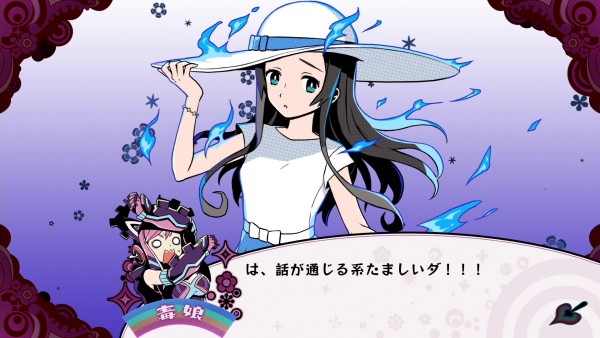 A girl who was a famous figure skater, but died in an accident that caused her ferry to capsize. Her despair on the verge of death gave birth to her Maiden Hell. 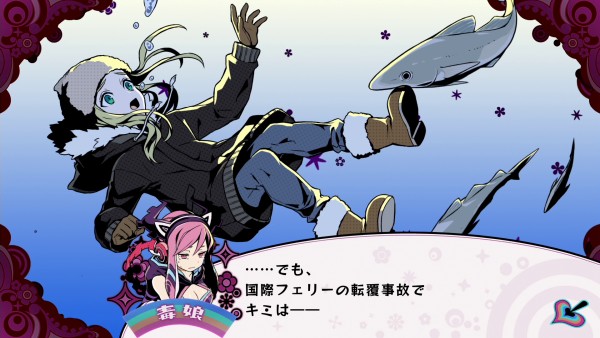 Maiden Hell of Blood and Flowers

A British noble from the Middle Ages who breeds roses. She is trying various experiments in order to reproduce the crimson color that she remembers. 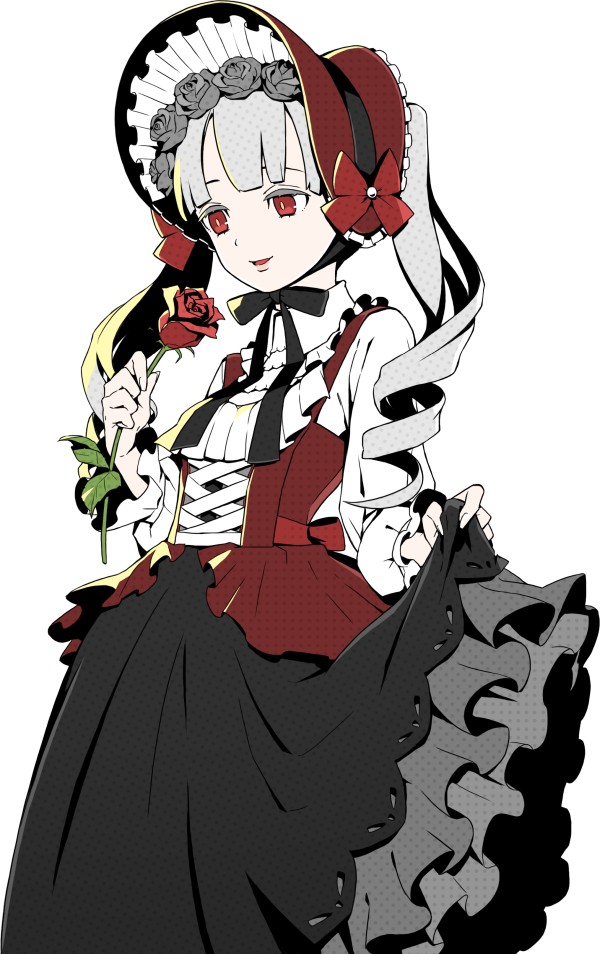 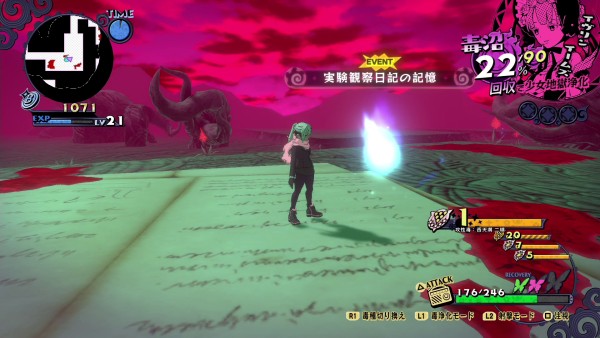 The hell of a “riajuu” girl (person who lives a fulfilling life). Her hell was born by a longing for something. 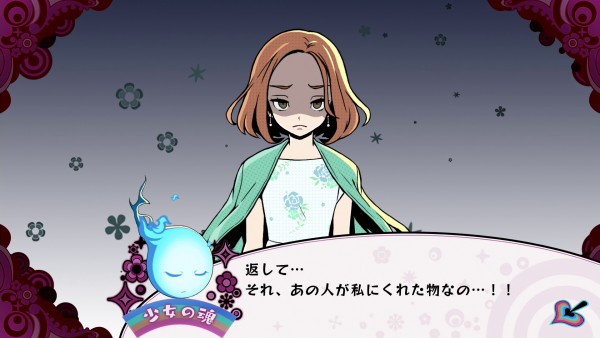 ■ The Serpents that Protect Maiden Hell

As you continue to purify Maiden Hell, powerful Delusional Beings known as “Serpents” will appear and attack. Serpents will stand before the protagonist as if to protect the corridors between the areas of Maiden Hell. 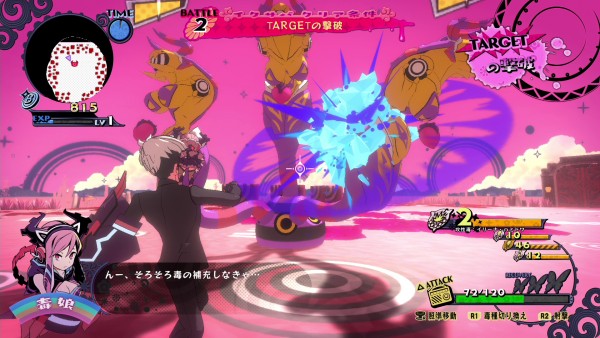 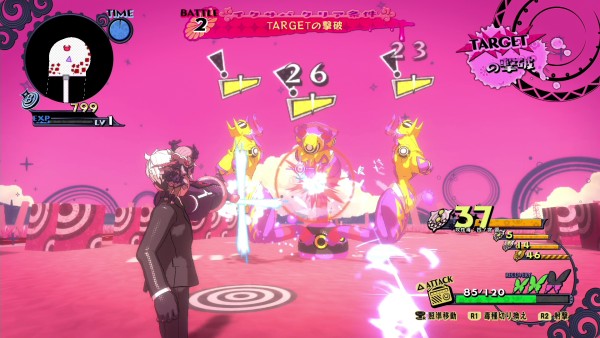 Recovery items can be purchased as downloadable content in-game. You can expand the maximum amount of recovery items you have from three to four. This will make the time to recover HP faster, the pace of battles smoother, and the experience more engaging.

—There are usually three butterfly-shaped recovery items in the lower-right corner of the screen. When your HP becomes 0, one is consumed and you recover by Poison Swamp purification. 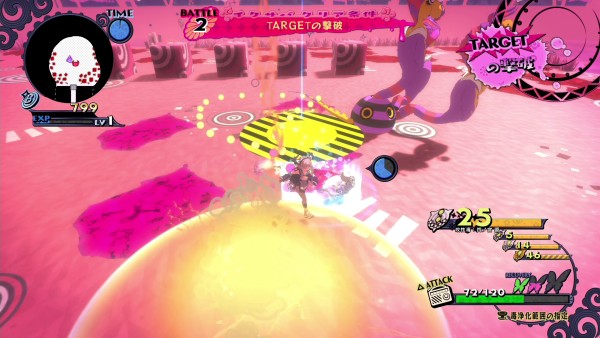 Shoujo Jigoku no Doku Musume is due out for PlayStation 4 and Switch on June 25 in Japan. Read more about the game here and here.