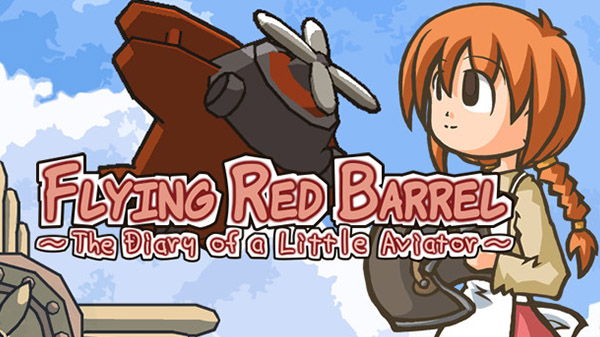 Titled Sora Tobu Akai Wine Taru: A Diary of Little Aviator in Japan, the Orange Juice-developed shoot ’em up first launched in December 2007 in Japan. An English version was released via Amazon in September 2009.

“People flying in the air? What baloney! If God had meant man to fly, He would have given him wings.”

As though no such thing had ever been uttered, mankind has now gained its wings.

What people dreamed of as children is the reality of today.

Everyone reaches out for the sky together, carrying their wishes upon their wings.

With the rapid development of flight technology, an organization called the “Blue Sky Union” was established to maintain the order of the sky under law. People now call it “the Guild.”

Ten years have passed since, and the Guild is at last about to put an end to the prolonged anarchy of the sky.

This is a story of one of the aviators living in that era.

Flying Red Barrel: The Diary of a Little Aviator is an old-school bullet hell / shoot ’em up game with multiple endings based on actions you take.