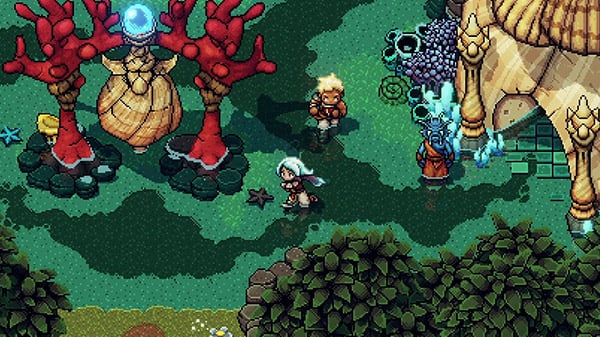 Sabotage Studio debuted a new trailer for Sea of Stars during the Summer Game Fest 2020 Developer Showcase for June.

Additionally, the developer announced that Kickstarter backers who pledged for access to a playable demo will be able to play said demo “very soon.” The demo is cut from the middle section of the game and has the two protagonists go on a quest without the rest of the party through areas including an outdoor dungeon, town, and an indoor dungeon. According to Sabotage, spoiler tags will be used “profusely” to preserve the experience of the full game. Major gameplay systems such as leveling up, upgrading equipment, and harvesting food will be in place.