Roguelite sequel to remain in Early Access for at least one year. 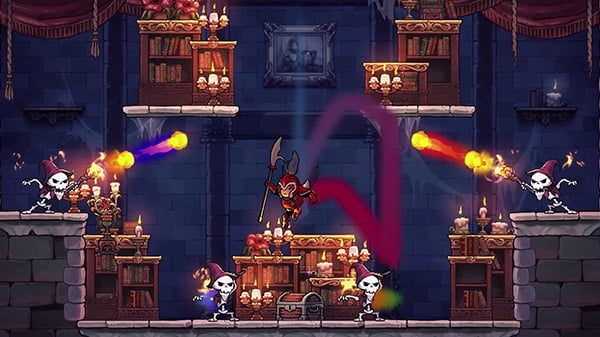 Rogue Legacy 2 will launch in early access for PC via Steam and the Epic Games Store on July 23, developer Cellar Door Games announced.

Rogue Legacy 2 is a genealogical rogue-LITE. That means it has all the trappings of a typical rogue-like (randomized runs, changing characters, and more), but with persistent upgrades, and persistent dead heirs. In this game, your legacy defines you. Spend your parents’ inheritance and grow the family manor to give your children a better fighting chance. Each child is unique, with their own traits and abilities. Your daughter could be an archer. She could also be a Vegan. Rogue Legacy 2 also lets you play how you want to. Go hard and fast, and you can dive deeper into the depths of a randomly-generated world. Or take it slow and steady, and build your character up until you’re ready for greater challenges.

Haven’t played the first one? In that case, here’s what (the original) Rogue Legacy IS ALL ABOUT:

That’s fine and dandy, but what about the sequel? Here’s what’s NEW with Rogue Legacy TWO:

And there’s a whole lot more. But we’re still working on them through Early Access, and we’d like to keep a few secrets in our back pocket.

Early Access may be temporary, but Rogue Legacy is forever!