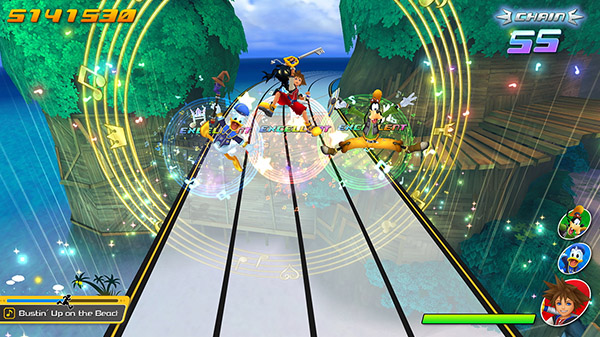 Square Enix has announced Kingdom Hearts: Melody of Memory, a rhythm action game entry in the Kingdom Hearts series coming to PlayStation 4, Xbox One, and Switch in 2020.

Many characters from the Kingdom Hearts series appear as playable characters!

Depending on the stage, Disney characters will appear as guests and lend you their strength. The game features a massive catalog of over 140 songs, including music from the Kingdom Hearts series, Disney, and more. Enjoy rhythm-based action through unforgettable music.

There are four play modes including online battles.