"Enter into a world thick with bubbling psychedelia." 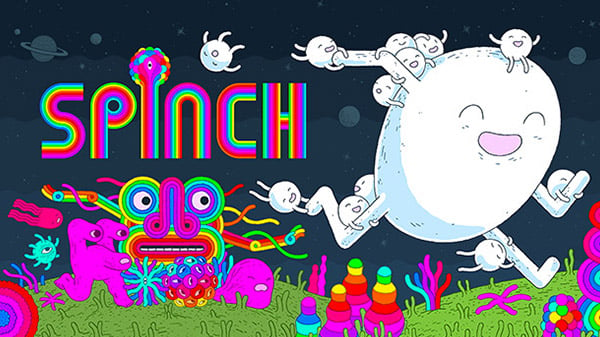 “Psychedelic side-scrolling platformer” Spinch will launch for Switch via the Nintendo eShop and PC via Steam on September 3 for $14.99, publisher Akupara Games and developer Queen Bee Games announced.

Enter into a world thick with bubbling psychedelia. Descend deep into a new ecology teeming with multiple pathways, luminous levels, and complex obstacles. Transcend the material realm and assume your true form as Spinch, a hyper-agile organism consumed by the quest to rescue its litter of missing offspring from an endless invasion of misshapen and malformed offbeats and oddities. Dash, dodge, jump, and even launch your own children as projectiles to take down six eccentric bosses in six vibrant worlds. With only a ticking clock and quick restarts – no lives or game overs – the game is welcoming to players of all experiences, but a formidable challenge to even the most capable of speedrunners.