Become a princess and restore your castle to its former glory. 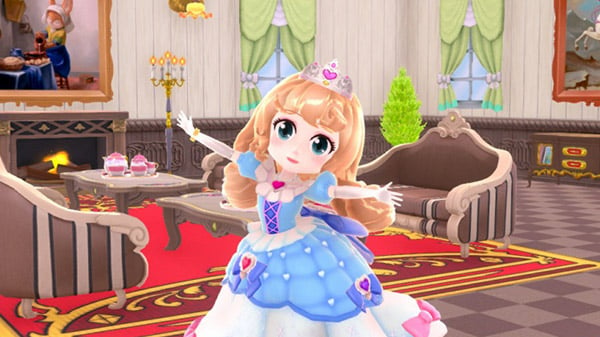 Aksys Games will release Nippon Columbia-developed Pretty Princess Party for Switch in December in the west for $39.99, the publisher announced during the New Game+ Expo live stream.

Become a princess of a magical castle!

Pretty Princess Party on the Nintendo Switch transports you to a magical land to explore a long-abandoned enchanted castle. Learn to be a princess and decorate the castle any way you wish. Begin by creating a princess character with endless choices of dresses, shoes, accessories, and hairstyles. Then train to be a princess by playing six different fun mini-games, including cake decorating, horse racing, and dancing. Restore the castle to its former glory and win the prize!

Successfully completing the games will unlock new outfit choices and allow you to access hundreds of unique items to decorate your castle’s 20 rooms—over 1,300 items total! Once the rooms are decorated, you can take commemorative photos to show off your royal style! Even after completing the entire magical story, you can take on new challenge objectives to update rooms and photographs.

visit gallery »
Neptunia Virtual Stars western teaser trailer Previous post
Shiren the Wanderer: The Tower of Fortune and the Dice of Fate Plus coming west for Switch, PC in 2020 Next post