"Dodge, shoot, and bark in this cute action shoot 'em up." 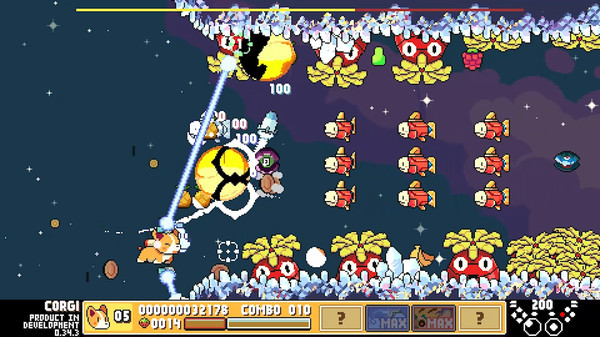 Pixel art shoot ’em up ProtoCorgi will launch for Switch and PC via Steam and the Epic Games Store in November, publisher Ravenscourt and developer Kemono Games announced.

Retro style pixel art, horizontal shoot ’em up, arcade gameplay and the cutest little cyber hero you will ever meet.

Play as Bullet, a C³ class (Cute Cyber Corgi) cybernetic pup in his quest for saving his owner, a brilliant scientist kidnaped by a strange alien race that wants to rule the galaxy.

With tight controls, smooth gameplay and exciting mechanics, ProtoCorgi aims to converge the best of the classics and the newest of the shoot ’em up genre into one solid piece.

Dodge, shoot, and bark in this cute action shoot ’em up.

Lt. Lightning ⋅ Yakuza: Like a Dragon for PS5 launch trailer ⋅ 14 minutes ago