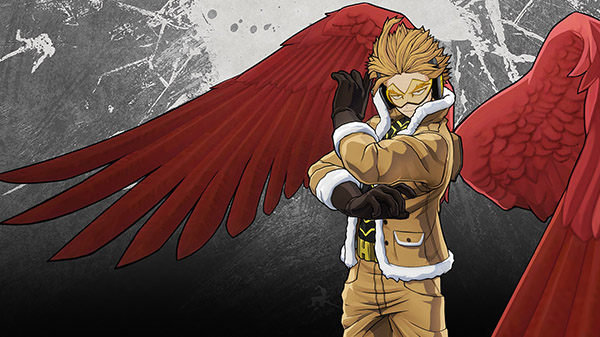 Pro Hero “Hawks” will join the My Hero One’s Justice 2 character roster this spring with his powerful wings, keen eyes, and resourceful intelligence. Hawks’ quirk—Fierce Wings—grants him a large pair of formidable feathery wings that allow him to fly. Hawks can telekinetically control each feather with ease to use them as projectiles and can sense people’s locations through vibrations in the air.