Keen: One Girl Army for Switch delayed to July 2

PC and Mac versions still on track for June 25. 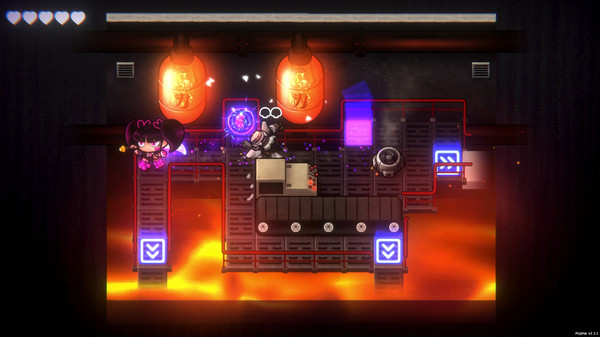 Publisher Phoenixx and developer Cat Nigiri have delayed the Switch version of Keen: One Girl Army from its previously planned June 25 release date to July 2, citing “the impact of COVID-19 on console verification times” as reason for the delay.

The PC and Mac versions are still on track for release via Steam on June 25.

Keen is a sliding puzzle game with turn-by-turn tactical combat and a hint of adventure!​

Guide Kim, a grumpy little girl raised by her grandmother to save the world on her journey to stop an evil secret society from destroying her village. Innovative controls and fluid gameplay allow players to choose their own pace, whether fast as a hack’n’slash or methodic as chess. It’s fresh gameplay to a classic genre – moving and attacking are the same thing!

Kim is a lovely eight year-old girl that lives in a peaceful insular island with her grandmother. Abandoned by her mother not long after birth, she must put grievances aside to focus on something of utter importance—Kim is the youngest descendant of a lineage of female warriors and her training is about to begin. The pink heart on the cheeks is their birthmark and the protection of Village, their duty. Following a trail of brainwashed minions and high-tech robot soldiers, she would soon find herself in the middle of a world-domination plot carried on by an evil secret society!

Keen‘s main innovation lies in its turn-based movement and attack mechanics. Slide our tiny hero vertically and horizontally to move her around puzzly rooms, or to slash through enemies with her mighty blade. Combat relies on precision-planning of enemy placement—a fresh take on the tactics genre.