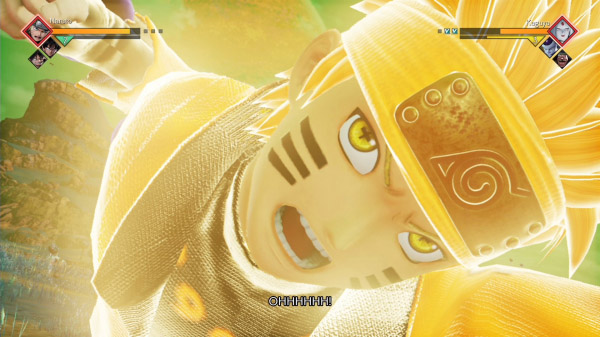 Jump Force Deluxe Edition will launch for Switch on August 27 in Japan and Southeast Asia and August 28 in North America and Europe, Bandai Namco announced.

* All bonuses are in-game items.
* Contents and specifications may be subjected to change without prior notice.
* Images are for illustration purposes.
* Bonuses are in limited quantities.
* A sticker is affixed to the exterior film of the physical product with the bonus.
* Bonus is only available in the initial production and in limited quantities which will only be available while stock last. Only available at selected retailers. Please contact your local retailers for more details.
* The bonus may be released at a later date.
* Internet connection and Agreement to the Nintendo Account Terms and Conditions are required to use the download code.
* Download Code is usable only once on 1 Nintendo Switch™ console and is valid till 26 August 2021
* Bonus will be included in the Digital version downloaded by 23 September 2020.

The Switch version can be played differently than the PlayStation 4 and the Xbox One versions. A single Switch can have up to six people playing in an offline battle. In addition, all additional nine characters from the character pass are included in the Deluxe Edition.

Point 1: Enjoy Local Communication Battles and Offline Battles with up to Six Players!

The Switch version allows local communication battles with two consoles connected. Also, offline battle allows up to six people to play with one console in TV mode or tabletop mode.

*One controller is required for each player.
*Up to two people can play in a local communication battle.

Point 2: All Nine Characters from the Downloadable Content “Character Pass” are Included!

In the Deluxe Edition, all nine additional characters from the Character Pass from the PlayStation 4 and Xbox One versions will be available from the start of the game.

*The characters from “Character Pass 2” are not included.

Jump Force features the World’s most popular and classic manga/anime franchises including Dragon Ball Z, One Piece, Naruto, and many others. Players will be able to create their three-character manga / anime dream tag team and take them into battle in hyper-stylish arena brawls set against backdrops of famous landmarks around the world including New York City’s Times Square and the Matterhorn in the Alps. Utilizing Unreal Engine 4, Jump Force brings these titans of Japanese pop culture to life for the first time ever in stunning realistic detail.

Jump Force is available now for PlayStation 4, Xbox One, and PC via Steam.

Lucass the spooky guy ⋅ Fire Emblem: Shadow Dragon & the Blade of Light coming to Switch on December 4 ⋅ 2 minutes ago

nekogenesis ⋅ Young Souls launches first for Stadia in 2021, later for PC ⋅ 2 minutes ago