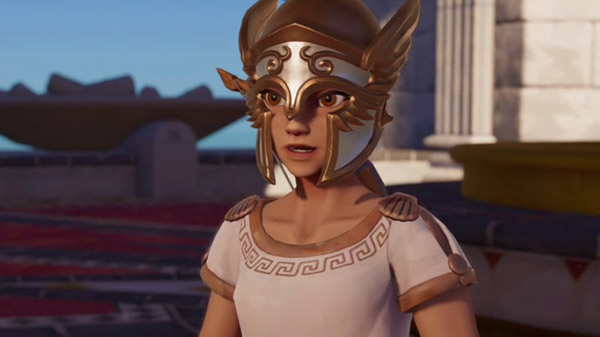 On June 11, an early build of Ubisoft’s currently in-development action adventure game Gods and Monsters was briefly playable on Stadia, appearing under the code-name “Orpheus.” While it is no longer playable, some users have already played and recorded it.

Speaking to Eurogamer, Ubisoft confirmed the playable build is a year-old demo of the game, and that it will officially debut the game later this summer under a new name.

“Our vision for the game formerly known as Gods and Monsters has evolved in surprising ways, which is common when developing exciting new worlds,” Ubisoft Quebec executive Marc-Alexis Cote said in a statement.

“This footage is from our E3 2019 demo, which was shown to select press last June and is now over one year old. Much has changed since then in terms of features, tone, art and character design, and even the name of the game. We are hard at work and very excited to finally show players what we have created at the end of summer.”

Speaking to Kotaku, a Stadia spokesperson apologized for the leak. “Regretfully, on Thursday morning, we mistakenly made an E3 2019 demo version of Gods & Monsters from Ubisoft available on the Stadia store that was not intended for the public to play. A few hundred gamers were able to play it for less than 30 minutes. We sincerely apologize to our partners at Ubisoft for this mistake.”

A short video of Gods and Monsters gameplay! from r/Stadia

Marvel's Spider-Man: Miles Morales is "an expansion and an enhancement" [Update] Previous post
Deliver Us The Moon for Switch cancelled Next post