2D platformer due out in 2020 for consoles and PC. 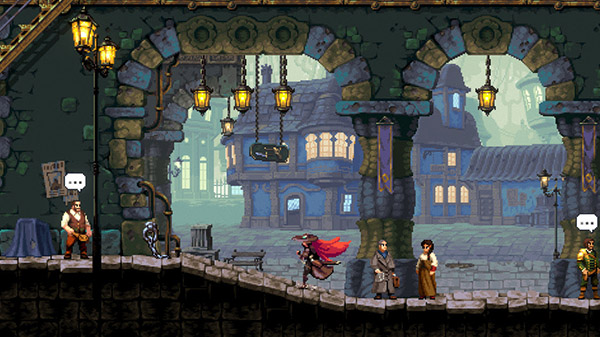 Publisher Sold Out and developer Metamorphosis Games have released the debut trailer for Gestalt: Steam & Cinder, as well as announced that a demo will be available for PC via Steam from June 16 to 22 as part of the Steam Game Festival: Summer Edition.

“We have been thrilled with the community’s response to Gestalt: Steam & Cinder, so we’re really excited for more players to get their first taste of the game with this downloadable demo,” said Sold Out marketing director Sarah Hoeksma in a press release. “With gorgeous pixel art and a captivating narrative, we are keen for Gestalt: Steam & Cinder to become an indie favorite when it launches later this year.”

Join Aletheia and a vibrant cast of characters as they find themselves embroiled in a race to discover the secrets of the massive, steam-powered city of Canaan, the last bastion of mankind. Unravel centuries-old conspiracies, battle hosts of monstrous automata and thwart the twisted schemes of the city’s corrupt overseers, the Comitium, as you fight for mankind’s survival and discover the dark truth of the Steam City’s origin.

Gestalt: Steam & Cinder is due out for PlayStation 4, Xbox One, Switch, and PC via Steam in 2020.