Generation Zero DLC ‘FNIX Rising’ launches June 23 for PC, this summer for PS4 and Xbox One 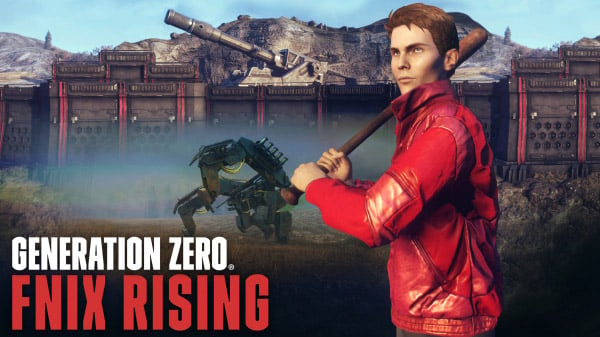 Generation Zero‘s second expansion, “FNIX Rising,” will launch on June 23 for PC via Steam for $7.99, followed by PlayStation 4 and Xbox One later this summer, developer Systemic Reaction announced.

“Over the past year and a half, we’ve consistently focused on community feedback and enhancing the experience for players across all platforms,” said Systemic Reaction product owner Paul Keslin in a press release. “With ‘FNIX Rising,’ we’ve enriched the world of Generation Zero even further. We believe players will enjoy making new discoveries and going head-to-head with these exciting challenges.”

Here is an overview of the add-on, via Systemic Reaction:

“FNIX Rising” expands the narrative of Generation Zero while revamping the game world and introducing a number of new features and content. Six weeks have passed since the events of Alpine Unrest, and now players will have to grapple with the new landscape and strange structures the machines have built for unknown reasons. “FNIX Rising” includes 10 main missions with new NPCs, 10 additional side missions, and a new Harvester class. There’s also a new challenge tree, melee weapons, collectibles, and outfits.

The “FNIX Rising” update also features free content for all players, including world revamps to the South Coast and Farmland regions, four new apparel crafting levels, two melee weapons, and an additional challenge tree. The Generation Zero team has consistently added new improvements and fixes based on player feedback since the game’s release in 2019, which continues with this latest expansion.

Set in 1980s Sweden, Generation Zero opens with a mystery: the population has gone missing and hostile machines now roam the landscape! Explore a huge open world, scavenge for gear, and take on challenging missions to unravel what’s happened. Combine weapons, skills, and equipment against enemies on your own or with up to three friends in co-op to strike back against the machines.